So the question has got to be asked what are some of YOUR favorite games on Linux?
Easily 2 of mine are Dex, and Tower of Time. Totally unique and awesome games! Any other games that you guys can recommend?

My favorite non-retro game I play on Linux is on Steam and available as a stand alone. It’s called River City Ransom: Underground. It is based on the 1989 NES classic, River City Ransom. It has the 8-bit feel with a ridiculously hilarious brawling. There are tons of 1980s references and poking fun at the era this game originated. The game play is great, honors its roots and is absolutely an enhancement of the original.

I have blathered about it in the past on my CubicleNate site here:

Sometime in the early 1990s, when it was still a thing to rent Nintendo Entertainment System cartridges from a video store, a friend and I came upon this game, “River City Ransom” which…

The fact it has a native Linux build makes me love it, that much more.

If I went by play time, it would be Quest of Dungeons, hands-down. I guess at this point it’s a fairly ubiquitous roguelike. For strategy I’ve played the heck out of FTL and Empire Deluxe: Combined Edition. Also SpaceChem is a unique little game that I can get lost in for hours. I don’t really play many shooters or AAA titles. I’m hoping to get The Bard’s Tale Remastered Trilogy working on Proton at some point, but I don’t own the Steam version. I got it from GoG, and I guess I’d have to figure out how to get it running without Steam holding my hand.

Also an honorable mention goes to Tangledeep, but I got so frustrated with it at one point that I quit in a huff and we haven’t been on speaking terms since. But I’ll definitely return to it.

Choose from thousands of games for PC, Mac, Linux, and Android while supporting a charity of your choice. New games added every day!

I like Tetris and Minesweaper. Both games that should be reviewed by @zebedee.boss one day !

My absolute favorite game to play in Linux is Star Wars: The Old Republic (thank you, Lutris!)! In fact… it runs better in Linux on my X1 Carbon 6th Gen than it ever did in Windows! Because of Lutris, who needs Windows?

Really should try and find a good Linux game i can get into… hah!

World of Warcraft is my main gaming pre-occupation, and has been for over 10 years now

The fact that it works pretty much flawlessly thanks to Wine is a godsend, because without that I’d still be stuck using Windows at home (eurgh).

I also have a Steam catalogue of over 890 games, most of which seem to work great thanks to Proton & Valve working towards getting us all freed from MS’s shackles!

Have spend way to much time on the Heroes of Might and Magic series, especially HOMM3 & HOMM5.

Loves the gaming has stepped up on Linux the last year. Steam and Proton rocks - just need better stability on the MMH6 & -7 (but thinks its a general issue with the Uplay launcher).

Must admit that I’ve a “sweet spot” for fantasy TPG

My latest poison has been Dota Underlords. But I’ve mostly played it on Android. Before that it was Factorio, which I still return to at times.

Did you actually get Elite Dangerous to run? I’ve tried several times and it doesn’t even start.

My favorite currently is Dota Underlords, although I recently started a deep dive into Dwarf Fortress and I definitely had some FUN with that. Also a bit of Hearthstone now and then, which runs pretty well with Wine.

To some extent, yes. It runs via proton on steam, but you need protontricks added to it, and get a few extra things done then the launcher will work. THere’s been a few who have gotten it done. Link here: 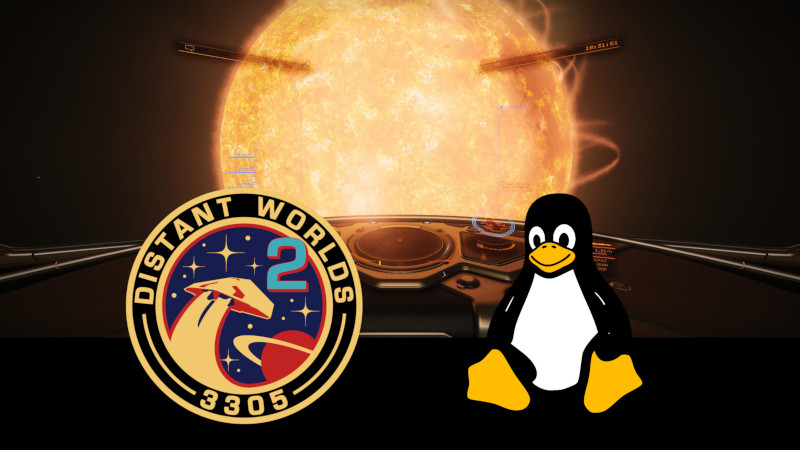 Going where no Steam Play has gone before with Elite Dangerous

What’s the one game keeping you a dual booter? Maybe it’s PUBG, or Rainbow Six: Siege? Maybe it used to be Overwatch? For me, that game was Elite Dangerous, and one year on from Proton’s release, I have a story to tell.

Actually I am playing Age of Wonders Planet Fall and the good old Diablo 3. Yes, I know, they are not Linux native. So if they don’t count… Darkest Dungeon, Stellaris and Dirt Rally are my favorites Linux native games. And yes, I really like strategy games

How long did it take you to start enjoying DF? I mean, to grasp enough to actually play it? I’ve wanted to deep dive into it, but I’m scared of the learning curve

I’d say Doom 2, Trails in the Sky series, the original Quake and using DosBox, MechWarrior 2, Thexder, Stunts, Stellar 7 and a whole host of other DOS games.

As far as Steam games go, I like to play Turok 1 and 2, and lots of JRPGs. I also like to experiment sometimes with RPGMaker MV. I hear Doom 64 is coming out soon, but I plan to get the Switch version of that, just for portability reasons.

I guess it depends on how you want to play. Some people prefer learning certain things by just seeing how something pans out in the game, I rather look it up than to sacrifice my fortress to an undead army. So it took me around 2-3 days where I played it and read a ton of stuff on the Wiki on the side to get to the point where I felt I got most of the important stuff.

I’d say the difficulty with DF is that there is simply so much to know. Nothing in the game is extremely complicated, it’s just that there are so many ways something can go wrong and so many details to know in order to balance out everything.

I see! I don’t mind reading the wiki, and I bet there’s a few “how to play” videos one could take part of before starting out. I’ll have to set aside a weekend to try and get into it.

That’s what draws me to it as well. It feels like DF is one of those games that’ll really reward you once you’ve come across the first ~40h, and then never stop giving.

The native Linux games I always return to are FTL, Darkest Dungeon, BattleTech, and Crusader Kings II. There are still a few games that require me to have a Windows partition, but that number seems to grow smaller by the day.

The Tomb Raider series. I really hope Feral finishes up porting Shadow of the Tomb Raider on Linux. I wanna start playing it soon!

If playing with Wine is included, I’d include the Mass Effect series, Jackbox & Dragon Ball Xenoverse 2 (though I hope the Easy Anti-cheat problem gets fixed soon).