We’ll be streaming the 200th Episode of DL & the DLN Game Fest on the DLN YouTube channel and on the DLN Twitch channel.

There are only so many spots in the games so to keep it manageable, being a Patron will be needed in order to join some of the games. If you are a Patron of DL, TuxDigital, DasGeek, or any other DLN Creator then you can join all of the games. Xonotic and SuperTuxKart will be open to the public to join!

Let people know about the Game Fest by sharing the link https://destinationlinux.network/gamefest 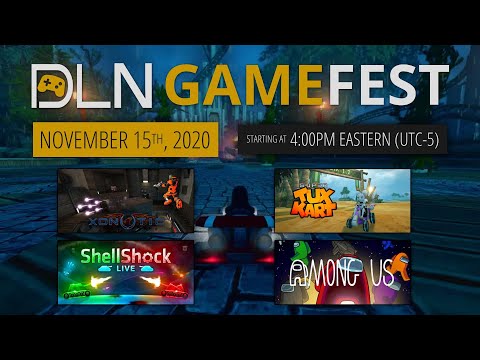 Nice. I could probably join for some SuperTuxKart.
Maybe Xonotic if I can get it to launch.

The other 2 I can’t play, since they don’t have ARM binaries.

since they don’t have ARM binaries.

I’ll try to be there

BTW- Lutris finally allowed STK 1.2 in the DB. I know you’re planning on having STK servers up, just know that I have 3 up in Miami (and 1 in Newyork); all my servers are configurable, so the first player can Change the mode/difficulty. They are the playSTK servers

So I might have misunderstood something, but I thought the Mumble server would be used for communication during this game fest.

How is information about the game servers being relayed to people?

The voice chat is being done in Discord

Check out the TuxDigital Network community on Discord - hang out with 1,177 other members and enjoy free voice and text chat.

Okay. Discord does not have an ARM binary, so can’t join this time then. Cya around.

Sorry I’m late to the party, but Discord does have a web app that you could try.

I know you mean well. But imagine this.

In those 4 GB you need to run your desktop (in my case KDE Plasma), run the game in question and also run a browser tab with Discord in it.
How well would that run?

The reason I hoped it was mumble, was because of the low resource usage and high audio quality. Plus the server is already there, it already has rooms/channel for gaming, I already have it setup and it’s open source.

But either way, the game fest is over and you guys had a great time it seemed like.

Despite having pushed myself at times, i’ve never had it in me to make a Discord account to join that area of the DLN community. It’s just a personal thing I can’t get over and at times I do feel like i’m missing out on some wonderful Linux conversation and comradery.

I understand why DLN is using it though and it’s because the community overwhelming decided it’s what they wanted. In the early days i’d constantly be on the DLN Mumble along with Michael and a few others attempting to build it out but it never caught on and people were just all getting on Discord, even when DL was advertising the Mumble. It turned into a ghost town. For better or worse DLN takes a democratized approach to platforms so everything is provided and everyone is free to choose where they want to congregate.

I also made a curiosity poll but 19 votes isn’t exactly a scientific data set.

Aside from the community choice, Discord is also a vastly superior platform that FOSS just doesn’t have a good answer to right now despite a few up and comers. I think DLN also needs to be where the people are, especially the ones on the Linux fence so they can bring more people in. I think of it more like a funnel than a wall, just a funnel I can’t get on top of for the moment.

I totally respect the other side of the argument though and have made a lot of them myself. The outreach capability just feels paramount to me.

Quick edit on missing out on Discord chat, it’s global chat is now bridged with Telegram and Matrix.

Anti-Virus On Linux: Should You Use One? | Destination Linux 200 - YouTube

But surely not the audio part, which is probably the best reason to get to a game fest.

I did install Mumble excusively for DLN but also found not much going-on when I tried it. I don’t play games much and have heard bad things about Discord with regard to security and privacy so won’t be joining that. I notice Element does mention ongoing voice/video calls but haven’t tried that feature yet. Seems like bridging is having a unifying effect which is generally useful!