What is Lens Blur? New Feature to Recover Data from Lens Blur in RawTherapee

So what exactly is it recovering and how useful is this?

RawTherapee 5.8 has been released! Windows Build Repackaged We found an issue with the original 5.8 Windows installer, it was missing the Profiled Lens Correction (Lensfun) database, so there is now a new installer from 2020-02-06 which includes this...

from the release notes:

Automatically recover detail lost to lens blur (diffraction) using the new Capture Sharpening tool, located in the “Raw” tab. It takes place right after demosaicing, and as it works in linear space it is not prone to haloing. Capture Sharpening in combination with Post-Resize Sharpening allows for detailed and crisp results.

So, in this case, the lens blur they are talking about happens if you stop the aperture down too far.

To clarify further, the aperture is an iris inside the lens that controls the amount of light entering through the lens. It also controls the depth of field which is how much of image is in focus at the same time. The maximum (wide-open) aperture value also determines the speed of the lens.

Now if you stop a lens down too far, say > f/11, the lens will begin to lose sharpness due to diffraction. The new feature in Rawtherapee attempts to correct this. 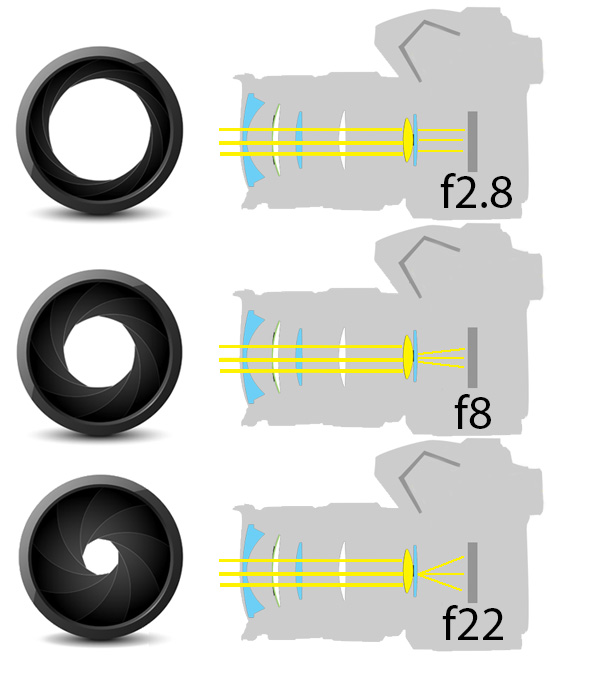 I will take some test shots in the next couple of days and try out this new feature as Manjaro just updated my Rawtherapee to 5.8 today.

How did it work?

The few images I tested had no change. I am going to have to try some more with lenses that are recognized by lensfun.

I will have to see if the lens I was using this weekend is recognized. I did a long exposure of a creek, but a couple things in the foreground are out of focus. It is distracting to the overall image. I didn’t see the problem until I was home. I’ll get a chance to re-shoot the image in a couple weeks when we are back in the mountains, but it was a disappointment when I got home.