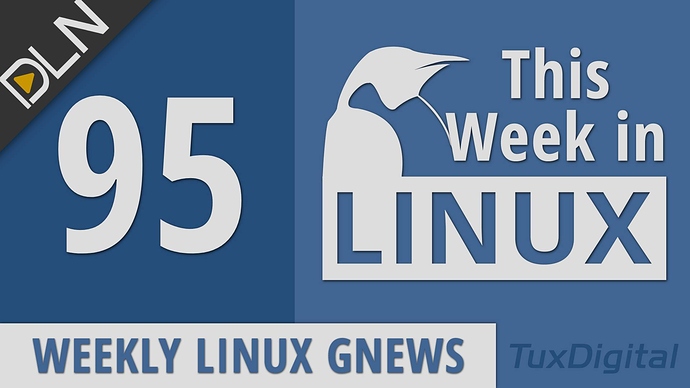 [ytembed ytid="LpBZ7mB7T8E"] On this speical I'm Sick edition of This Week in Linux, We got a lot of Distro News for Manjaro 19, IPFire (firew...

On this speical I’m Sick edition of This Week in Linux, We got a lot of Distro News for Manjaro 19, IPFire (firewall), and Arch Linux announces a new project leader. UBports announce that Unity8 has been rebranded to “Lomiri” and we got an awesome announcement from Raspberry Pi because the baseline $35 version has had the RAM doubled to 2GB. We’ve got a lot of App News this week to cover starting with Shotcut (video editor), the FSF is going to Launch Code a new Hosting Service, Facebook becomes a Premiere Sponsor of OBS project, and Waterfox has been acquired by System1 so we’ll talk about that. Finally, we’ll close out the show with news regarding the Azure Sphere project from Microsoft. All that and much more on Your Weekly Source for Linux GNews!

I want to thank you for offering chapters on this podcast. It lets me jump straight to the news items I want to hear and skip the ones I already know about (typically from other DLN shows, haha). That’s a very underused feature in most of the podcasts I listen to.

Thanks for this @MichaelTunnell, especially making the effort despite feeling unwell. Hope you’re recovering if you haven’t already done so. Really pleased the shows are on LBRY now! I haven’t looked at the code for this at all so no idea what languages / libraries they’re using. Thanks for your contribution there too!

I never really used Unity though I do recall reading about it and thinking Canonical seemed a bit muddled in their strategy for it. Hope the project continues to go well with UBPorts.

I still don’t own a Pi, though knowing we get more for our money even at entry level is pretty good

With regard to not trusting Microsoft, I think their spirit is showing more truly in completing failing to acknowledge Linux being at the core of this product of theirs. I’m pretty sure a lot of folk started to feel nervous about GitHub when it was purchased by Microsoft, hence not surprised alternatives are turning up, that might be more FSF compliant such as their own service. As long as Facebook’s contributing money but not code, fair enough. I really don’t trust the larger firms at times. Google contributes to Chromium and that’s not a pretty sight