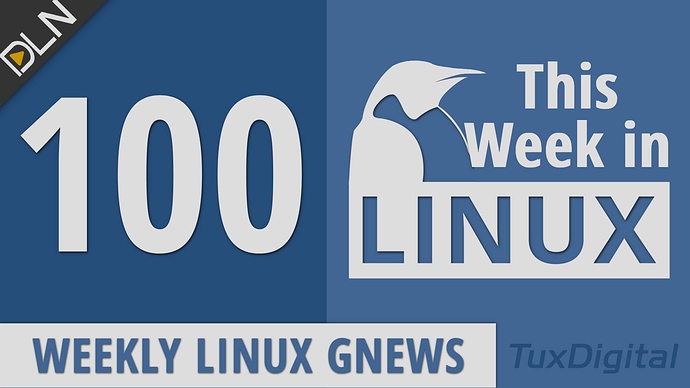 [ytembed ytid="CRBDWw8USmE"] On this episode of This Week in Linux, we have a lot of interesting news to cover including some Application News from...

Video is set to private

Also, is there a reason that you do not link to LBRY?
I always hear creators talk about them getting all of the views on Youtube and not on alternative sites, but then all of the links, icons, promotions etc. refer to the Youtube channels, so it seems like it is doomed to be a self-fulfilling prophecy.

The rss feed is not working. A search in cloud caster will find the show, but the search returns an error message that something went wrong. I tried another reader as well, but the feed didn’t work there either.

edit: It does work in player fm, but still not working in cloud caster. Strange.

Video is set to private

Also, is there a reason that you do not link to LBRY?

I do link to LBRY as soon as the video is available on LBRY. The problem is how it works is that I post to YouTube and then post to LBRY so there is a slight delay for LBRY and unfortunately I have no way to know what the URL will be on LBRY to preemptively include it in the release notes so I have to go back after it is on the platform to put it on the show notes.

I suppose I could upload to both of them at the same time but the issue is there are syncing benefits for LBRY creators and since you cant selectively sync content you are still with an all or nothing approach.

It just creates a bit of a mess to deal with though less of a mess than all the other alternative platforms.

I also dont complain about YouTube getting all the views . . . I don’t think LBRY is really ever going to overtake YouTube but I do think it is the best alternative which is why I promote it as a platform. This is also the only alternative platform I have ever promoted at all even though I have used almost all of them. So I suppose its gradual structure to see how it can be done in an ideal workflow but right now its a bit clunky.

edit: It does work in player fm, but still not working in cloud caster. Strange.

I’ve not heard of Cloud Caster so I have never tested it before. I will try to look into it when I have time to do so.

Thanks @MichaelTunnell - excellent, as usual! Wish I’d known this one was live, too

I’m not a heavy user of Inkscape but I’ve valued it for a number of years and also wondered when they’ll consider a 1.0 version number as suitable. Perhaps it’s just more honest to only say it’s production-ready when the developers are genuinely satisfied with it meating their quality standards and feature-set? In any case, I agree it’s been very strong for many years now!

I definitely think modern C++ has a lot to recommend it and the KWinFT fork sounds like a sensible way to explore improvements the developer wishes to focus on. I haven’t used Qt a huge amount, though I do think there may be benefits in using lower-level libraries for lower-level compositor work, unless I’m missing a point somewhere.

I remember many years back when GNOME and KDE first came out, their being the two big DEs, and then feeling Linux was losing its way a bit when Gnome was changing everything in version three and KDE was a bit unstable (in version 4?) at the time, with Unity also as an option… I know a lot of innovation was going on, but to be honest I just wanted things to stablise as they now have done. I know Unity had/has its fans, so yes, if you produce a video on it I’d be interested, though as you know I tend to favour Debian, partly as it passes on DEs “as is” and allows the user to configure as they please. Although it might be a little time-consuming, I certainly prefer it to undoing settings that distro-producers may have chosen that aren’t to my taste. PopShop is fun to say; or Pop!_Shop

Hi,
I did not find the links to the sources you are mentioning in the podcast description.
Can you help me find those?
Best