Thinking Of Buying An Apple Mac? Watch This First! My Final Thoughts 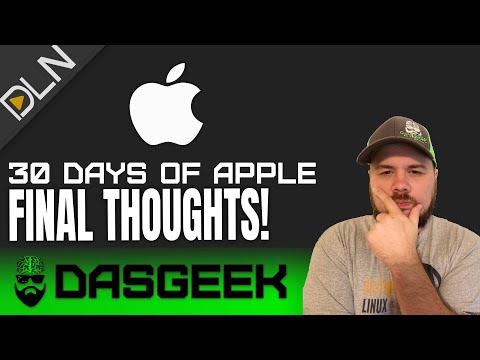 Helped me better understand my mac friends though I reserve the right to still poke fun at them.

As a 20+ years Apple user, I completely agree on your point of view. I’ve been a fanboy for like the 3-4 first years when Apple was on the fringe of disappearing. I was studying industrial design and Apple was looking like the only computer company that understood what design really is.
Then you appreciate the solid OS, the hardware longevity and honestly, the comfort of habits. As years go by, the stupid decisions you talk about become more prominent (ah the obsession of the thinnest device

). Their success didn’t make me bitter like some old Mac heads but as an individual I became more and more defiant and critical of big corporations and what they do to our society and the whole planet.
In short I hate capitalism and Apple is a flagship of that system. It just didn’t make sense to me to continue to buy them stuff. I was intrigued by Linux for years and it was a way to be more coherent.
The video is a good explanation of the mixed feelings you get using Macs. Great quality and user interface, drives you crazy on some decisions (hardware and software) and always cost you more…

As years go by, the stupid decisions you talk about become more prominent

Here are five items I remember really shaking my head on.

Number 5 was the deal breaker to me.
I remember those and a lot more like the outrage when they released the first iMac, with no floppy disc reader

It’s still a good example how Apple is pushing forward to new technologies (same with the audio jack). I always thought it funny how they maintain compatibility for old machines and at the same time do things like this