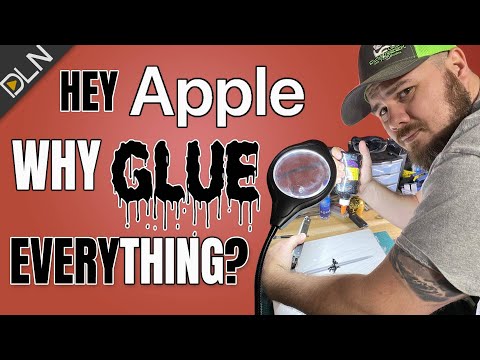 Long time Apple fan here, and yeah. Ugh. Back in the 1980s/1990s you could pop those suckers open and fiddle to your heart’s content. I loved my last MacBook for many years but once it was obsolete there wasn’t anything I could do with it.

At some point I decided the 2012 Mac Mini would be my last Apple machine for now. And although it’s not the only reason, being the last mini you can open and upgrade a bit played a part (I added RAM and an SSD while keeping the original HD with a server kit)

Thanks for mentioning the Marques Brownlee channel. Never heard of him before!

I love working on the older MacBooks. They had great design and engineering. Additionally, you could easily run Linux on them and get another 5+ years of life out of it. Sad they have gone this new route but even sadder they’re selling them like crazy.

Yeah I may be misremembering, but wasn’t it when they made the jump to Retina displays that they started gluing in things like the RAM? My first-gen Intel MacBook (Core 2 Duo) still had discrete components in it.