Thanks to @Oldschool for letting me know that L4E is still a thing. Which led me to this fine discovery:
https://www.xda-developers.com/pro1-x/

I truly hope this will get the amount of backers it needs. The price is to high for me right now, but maybe for some other members here with deeper pockets?
It seems it’s going in the right direction with Linux phones.

Check out TWinL 123, Michael did an excellent run down.

Fedora 33, DMCA Takedown on youtube-dl, Pro1 X, X Server Being Abandoned? | This Week in Linux 123 This Week In Linux 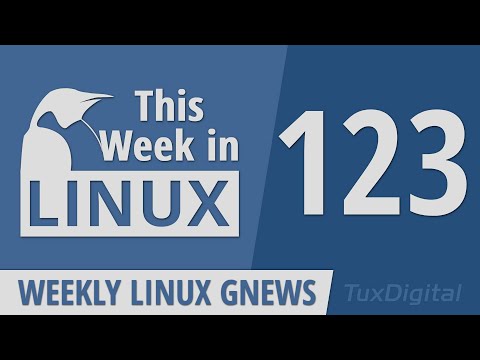 Pretty killer hardware but no removable battery or kill switches. Kind of killed it for me but the keyboard is a huge plus.

Allright, I’ll definitely check it out. Thanks for the tip!

It seems it’s going in the right direction with Linux phones.

This is a “Linux phone” the same way the various One Plus models are, and not in the way the PinePhone is. Which is to say an Android phone. I believe this is a step backwards.

). Or maybe you meant removable like in the old days from the outside ?

Removable battery as in not needing a heatgun and pry tools.

I was hoping they’d follow the example set by the Fairphone and Pine64.

Thank you @Oldschool, I’m wrong, it is indeed removable with a screwdriver though there’s a bit more to it below…

I originally read about it in their indiegogo and a few articles, I went back to double-check and was very surprised they never mentioned it given right-to-repair is such a great sales point.

In the Jason interview they claimed you only need 5 screws to remove the screen, not the battery. After you peel it off then you can peel off the back cover. Screen and back cover take a claimed ~5 minutes each.

“unscrew the five screws and just peel it off”
“after remove the screen 5 minutes, we can peel off the back cover where you can change the battery very easily”
“no heatgun needed, it’s just a screw driver and probably less than 10 minutes work.”

Ubuntu Touch + LineageOS? THIS Is The Linux Phone I Want! - YouTube

While that’s an excellent improvement for doing a repair/upgrade once every few years, it’s still way too inaccessible for the features of <5 seconds tooless access with no screws to lose.

Worth a few examples:

My bad, memory is such a traitor sometimes

I was also surprised they were not leaning more on the repairability of the phone. Above I was asking if your goal was to change battery on the fly because yes this one doesn’t fit the bill. I use an external battery sometimes (battery is getting old) and it’s true it’s a little bulky to carry around.

SUCH and amazing phone though, i’m just a pain in the ass to please

From what i’ve heard and read, the phone could be shipped with either Lineage or Ubuntu touch.
I don’t think this to be a step backwards. Especially if they’re shipping them with Ubuntu, ready to go.

Something bothers me though.
Seeing that it’s an amazing product, why wouldn’t they go into full production?

The Ubuntu touch is still using the base Android system though, where kernel and bootloader is.

It’s not a linux phone. It’s still android.
Just like the Nexus 5 can run Ubuntu Touch.

Aha. I did not know that. Thank you for pointing that out. That changes things indeed.

After interviewing my team, my hunch is that maybe they just don’t have the size and resources for this to actually be popular? Yet? I’ve seen they had trouble meeting demand for the original Pro1 phone, so they’re probably being extra cautious.

This is super exciting IMHO! I can’t wait to see what people do with this. More Linux phones out there makes me really happy.

That is a possibility. Would you think they’d increase production if the demand would still be there, after the first batch sold out?