Podcasting & Torrents Need To Have a Baby

Does anyone know of any podcasting app that can also serve as a torrent client? It seems like the optimal solution and would eliminate the need for a hosting provider since the listeners/viewers of the content would serve as the “hosting” provider when they seed the shows. This would also eliminate the possibility of censoring a podcast by any hosting provider. The publisher would just need a webpage to serve as the rss feed where the torrent files are posted. Ideally the app would also be able to pull from onion websites and websites from other dark networks.

A bit tricky for licensing as all creators would need to agree to a license that allows viewers to act as distributors. Might be why that method hasn’t caught on already.

The app could be made so that it can’t create torrents but only download them. That way licensing of regular podcast content not downloaded through a torrent wouldn’t be an issue since it couldn’t be distributed by the listener as a torrent.

Opting in and out would be a key issue – just like regular torrent clients allow. On a mobile app users would be very hesitant to give their data away to another user whom they don’t know. However, it might be cool that a highly rated podcast episode by a “hosting user” would then seed that particular episode for other users to obtain. One might be more likely to share bandwidth or an episode that has been meaningful to them personally. I think this idea could work.

An additional positive side of this is that creators would not have bandwidth limits (escalating costs) as the podcast grows in popularity. Members of a specific listening group might be motivated to give up their bandwidth to support their church, organization, group, party, or cause. I know I have a couple hundred gigs of data left over each month. I possibly could be persuaded to “donate” that bandwidth to a cause dear to me – after all, the extra bandwidth is paid for and rolls off the table if not used by the end of the month.

On the podcast side, there’s work being done. Have a look here: 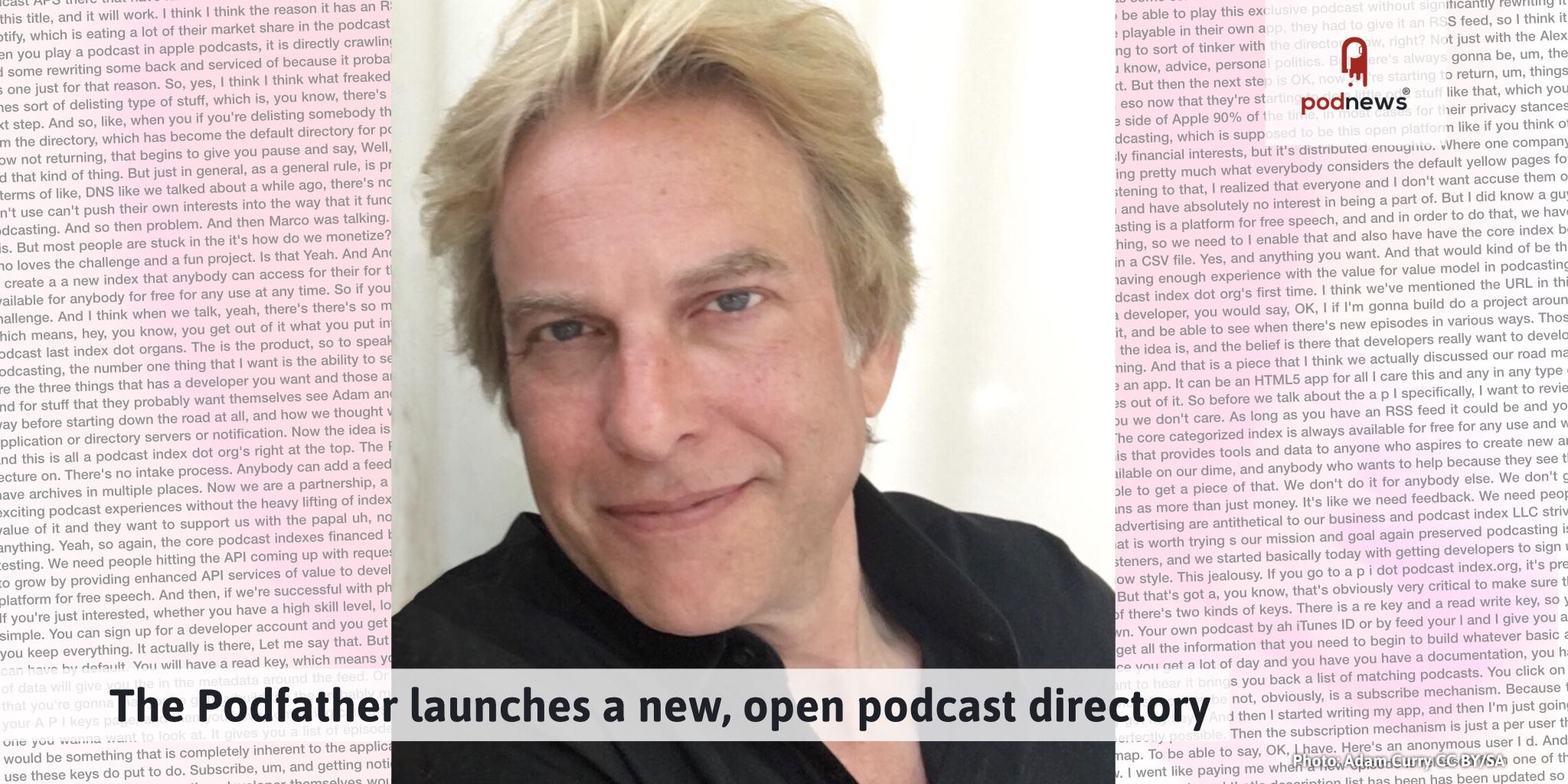 Open to everyone, forever: The Podcast Index launches.

Maybe it would be possible to write a torrent application to go alongside with.

Sounds like you want some sort of peertube, but for podcasts.

The publisher would just need a webpage to serve as the rss feed where the torrent files are posted.

Because this is exactly what RSS does.

Podcasts needs discoverability, which is what the providers gives them.

Peertube works on instances from what I understand of it. Which requires that you have a peertube account and join the instance. I just want an app that works as both a regular podcasting app that can read rss feeds of conventional media files and rss feeds containing torrent files.

We essentially have a peertube for torrents now since you can subscribe to rss feeds in most torrent clients.

An open-source directory would certainly be an improvement over current directories, but it doesn’t help when it comes to preventing being black-listed by hosting providers.

Peertube works on instances from what I understand of it. Which requires that you have a peertube account and join the instance. I just want an app that works as both a regular podcasting app that can read rss feeds of conventional media files and rss feeds containing torrent files.

The point is. Each Peertube chennel has an RSS feed you can subscribe too, that does not require an account, as long as the channel is public. And peertube uses webtorrent technology.
Sure, you would need a Peertube instance, but you would also need a website/RSS feed for your suggestion.
So, instead of Peertube, it could be Peercast, and be optimized for Audio transmission instead.
I am just saying, that what you want for audio, already exists for video.

Umm, I’ve been patiently waiting for RSS to catch on for a long time, and understanding RSS alone (you know, copying and pasting RSS links into your favorite podcatcher) is well beyond the technical skill (or perhaps level of giving a care) of vast swathes of people on the internet.

Whatever you might invent, please don’t expect people to (gasp) need to cut and paste any links!!

Most of the podcasts I listen to are banned by the directory services therefore the only way I can subscribe to them is by entering the url. Why listen to mainstream content when it’s everywhere? It’s difficult to relate to people who don’t make the least effort.