Open-Source Alternative to Alexa or Google 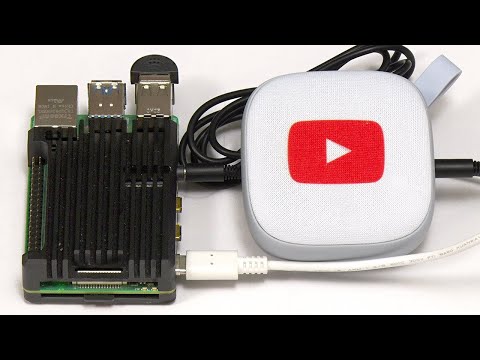 Yep, i’ve been keeping an eye on this for a few years now, but i still can’t get myself to actually configuring one. The things it can do for now are not what i need/want.
I’m hoping it will expand as it grows, we’ll see. If you could use it to, for example, stream your music collection through speakers, that would be something.
(Edit: it seems it can do this allready). This seems like a project waiting to happen soon… XD

I see that the release candidate is scheduled for the first half of 2022. I’m going to wait for that one to go stable since the current stable build is several years old.

Sounds like a plan. I’ll keep an eye out too.

I am always interested in a functional, open source, replacement for alexa. I use alexa for one thing: finding things in my garage (personally, I would never put the listening device in my living space). I have dozens of toolboxes and storage containers with thousands of tools and materials. Each drawer is cataloged in alexa for location retrieval.

To find anything, all I have to do is say, “Alexa, do you remember where my torque wrenches are located?” And it responds with “Here is what I found, the torque wrenches are in toolbox number 4 in drawer number 7.” What makes this especially handy is that when one of my sons or friends stops by the garage and needs a tool, all they have to do is ask alexa and she tells them where it’s located. But more importantly, when it comes time to put the tools away, she will tell them where it goes.

I would love to have an open source, self hosted, reliable replacement for that function.

That’s a smart way to organize your tools. It saves the time of reading what could very well be a multiple page printout for a single item just to get its location and where to return it.

It’s very easy to catalog the items as well. I just open a drawer and say, “Alexa, remember that the torque wrenches are in toolbox number 4 in drawer number 7.” Boom! It just takes a couple of seconds.

This is so brilliant. I didn’t realize it could do this, though I will keep mine unplugged for now because I don’t want it participating in Amazon Sidewalk. Also because my organization is nonexistent. My wife was looking for a tool once so I had her send me a picture of the garage. Then I circled areas and piles I thought it would be in and sent the picture back hahaha. So bad.

You’re not suggesting there’s a better way are you? I’d hate to have to re-learn all of my piles.

I’ll be following this for a while yet, I’m curious to see where it goes.

My wife was looking for a tool once so I had her send me a picture of the garage. Then I circled areas and piles I thought it would be in and sent the picture back hahaha. So bad.

In my circle of friends there was a spouse who was done with her husband’s habit of leaving things out and not putting things away. Rather than put them away herself, she started piling them up in the middle of the floor in a spare bedroom. After a few days, he wanted to know where something of his was. She sent him to the spare bedroom. He came back wanting to know why all of this stuff was piled in the floor and she told him that it was just the items he left laying around the house. He was shocked to learn how much stuff it was; so he became more conscientious and started putting his stuff away.

She told the story of her success to another one of my friends whose husband that developed the same habit. So, that second lady decided to do the same thing of piling his goods in the middle of the floor of a spare room. True to the plan, after a couple of days, that second husband asked where something was located. She send him to the spare room and expected him to be shocked at what he found and change his ways. But he didn’t change.

After a few more days of this, she confronted him head on about his habit and told him about the first husband who had the epiphany and changed his ways. His response was, “What’s to change? This is perfect. Whenever I need something, I know that the best place to look is in the middle of the floor in the spare room.”

I’d hate to have to re-learn all of my piles.

Yes. I have been there. My attitude was “don’t rummage through that pile – I know where everything is and you’ll mess it up.” My problem is that now I can’t remember as well as I used to.