My son is a musician who in normal times was hosting Open Mic nights, Jam sessions etc. He also live streams via his Facebook account (I know!).
What I’d like to help with is run an open Mic night using others streams then sending out to his Facebook live feed. Is this possible, I’ve been playing with OBS, but I know there are experts on here that might be able to help.

This is my first post here, and I’m very new to this whole world of Linux. I’m currently dual booting my main machine Pop_OS and a certain other system. I can easily change pop to another distribution if it is easier. I also have several laptops that I can use.

Any help would be most appreciated.

Restream is your solution! I’ve used it and I know the DL guys have used it too so we’re happy to help. 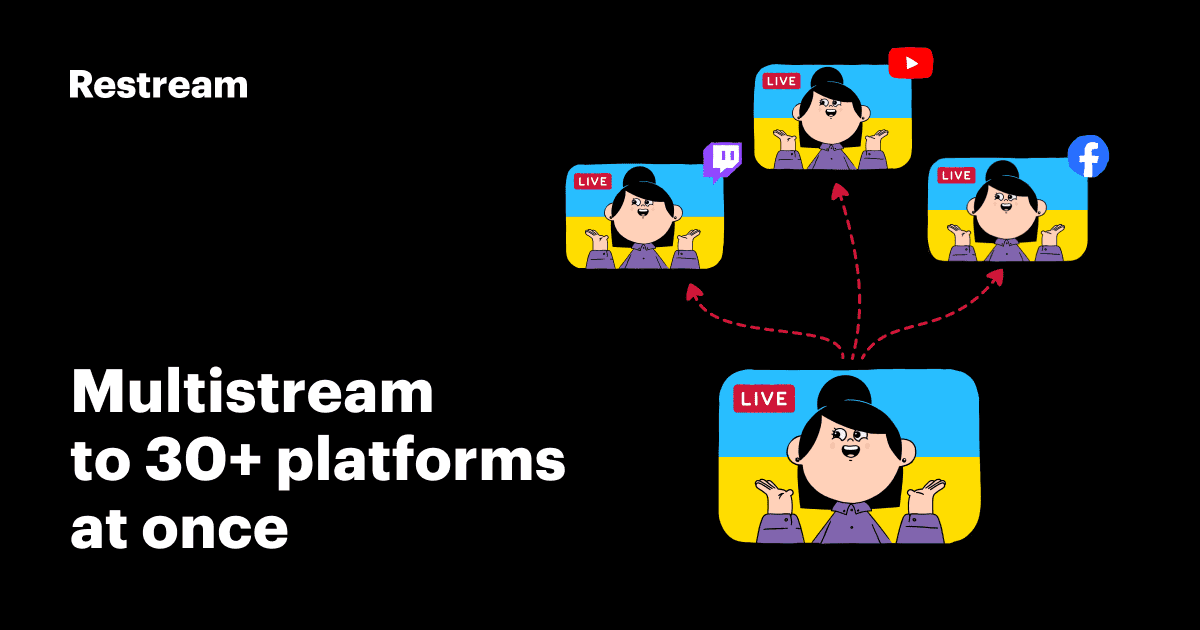 Restream is a super simple live video platform that empowers you to create beautiful videos and multistream them to your favorite channels.

Also, welcome to the DLN forums!

Thanks Jason - I’ve looked at Restream - correct me if I’m wrong but that is taking one stream at streaming to several, I think I want the other way round - take several peoples live streams and stream to one central stream - a virtual open mic. Hope that makes sense.
Simon

I use a simple Debian server running nginx compiled with nginx-rtmp-module to simultaneously stream to more than one place. I wonder if that could work in reverse.

If you assigned unique stream keys to each musician, told the musicians to stream with those keys via OBS to that server, when to stream, and had someone on another system use a series of OBS scenes with maybe VLC input pointing to a different assigned stream key and switch live between them at the times of each set out to Facebook live.

They also could probably use a conferencing software of choice, Zoom, mumble, Skype, etc. and use OBS to capture that and send it out to the server.

Also, not what your question asked, but have the bands considered pre-taping their sets and sending them in?

Pat that is helpful. If each musician had a stream maybe I could use OBS to capture that webpage and stream to sons Facebook live stream it will take some planning.

The prerecording would be fine but takes away from the live nature of the event, though there will need to be transitions.

Thanks for your input.