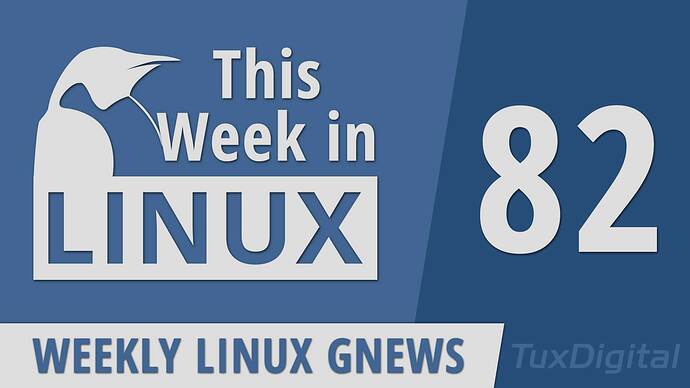 [tdpodcast mode="ytembed" podcast="thisweekinlinux" episode="82"] On this episode of This Week in Linux, we have probably the m... 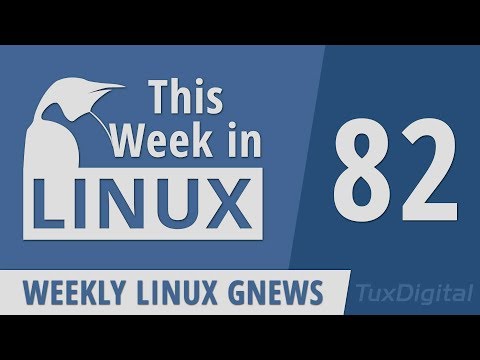 Appreciate the callout and the perspective, as always.

Some controversial aspects of the FSF and Gnu Image Manipulation Program stories were certainly “unsavoury” and I truly appreciate how they were addressed with clarity, decisiveness and within the family-friendly boundaries of your informative show, Michael

Honestly, very glad Stallman is out. He should have retired a long time ago, and his political views have long been associated with FOSS “whackjobs”. His leaving means open source is finally serious enough that his behaviour is unacceptable.

@christopher_scott you’re welcome. I am going to change the forum link to your thread now

@ak2020 thank you very much for the kind words. The youtube comments for this episode were quite a mess so it’s quite refreshing.

@stobbsm I think it will benefit the ecosystem to have someone else in charge of those groups even if just to remove his insistence to do bad decisions. (Free Software vs Software Freedom, he picked the worst term he could apparently) When you add the vile things he said, its astonishing that he kept the position for so long.

You’re good at what you do! My son even listens with me, and he’s recently 11. The fact that you are able to make him care says a lot about you.

Wow! that’s awesome to hear @stobbsm and I am very much glad to hear he is interested in Linux so young. That is very cool.

I’ve only accessed TWiL via the tux-digital website. Hopefully the forum here will sustain respectfulness, even in the presence of controversy and especially in light of the integrity of the values upon which it’s been initiated

I’ve been interested in computing since my age was in single digits. No internet then, but if there had been I’d have watched your show as a child too!

Thanks for watching and I am glad you enjoy the show. The forum does maintain the same respectfulness that I try to have in my show even if covering controversial topics

I’d like to chime in here to say I think @MichaelTunnell nailed with wrt Gimp. I’ve always held that the name was stupid and juvenile, but the bottom line is IT’S JUST NOT A VERY GOOD NAME! While I don’t care as much about the offensive nature of it (I get that it is offensive etc.), just from a marketing and branding standpoint, it does absolutely nothing to help adoptability or usage. There is no upside to it. Period.

The maintainers have clearly (petulantly) dug their heels in now, are are unwilling to budge in giving up something that is obs more of a liability than a benefit, so a fork is a great answer. When they get up and running I’ll be sure to download and support “Glimpse” or whatever name they settle on in the future.

Thanks for the headsup, M.

GIMP – it’s funny, I actually am a “gimp” since birth (the kind with the limp, not the Pulp Fiction type) and was never bothered in the slightest by the term. That said, I understand that there are some who are offended by it and – since there’s no other good reason to keep the name – it makes perfect sense to change it.

Stallman – he’s been irritating and offending the Linux and Free Software communities for as long as I can remember; a fresh perspective will be, er, refreshing.

@Bare_Bones
I also do not have a personal issue with the name but exactly as you expressed, the name is a massive problem for adoption and growth. The only reason to keep it at this point is based on absurdity and not caring about their own project. If they will make such a bad decision for the core name of a project, their future decisions will always be in question and that makes the project even less stable.

GIMP has needed many things done for years and there were people doing it as plugins for years trying to fix stuff but GIMP project team refused to do these things for many many years. For example, the Single Window Mode they added as default I think this year was created years ago and was asked for for over a decade. CMYK support was available as a plugin for over a decade before it was adopted by GIMP.

GIMP has a reputation of not doing what the community wants and not making the best decisions on the future of the project in many cases. The name isn’t the only reason to fork it but it is the most obvious reason that it should be.

@djvbmd lol “not the Pulp Fiction type” that was good.

Yea the name having potential to bother people especially in a way that it is such as derogatory insult to a group of people, that is enough to change it. Also I think the part that offends me is how lazy are you not think of a synonym for “program” as if “software” wouldn’t work the same exact way and be better overall. Well it’s the lazy part and the stubbornness to not admit they made a mistake and should address it. The current team of GIMP had nothing to do with the decision I believe but they are at fault at refusing to change it and thats a separate but still relevant issue in itself.

Stallman on the other hand, that is a very volatile subject that I am shocked I got so much hate in the youtube comments. I knew there would be some but the just how much part was surprising. I think there is actually a lot of value in him taking a backseat for the movement because he has hindered it in many ways. It’s sad that it took social outrage from people outside of this community to initiate it because there were many people including the FSF itself that were fully aware of the horrible things way before this and disappointingly as a collective we didn’t do anything about it. I think having someone else at the helm will absolutely benefit the community because the biggest value that could be brought is that instead of RMS who didn’t listen to anyone, we could have someone who might.

English is my second language and for me the main meaning of “gimp” is (and always will be) GIMP. I can’t see (or I should rather say - I can’t feel) anything stupid, silly, wrong or offensive in this name, but, of course, it feels different for native English speakers.

I know he’s an icon, but all I can remember about him is that he keeps repeating the same few arguments all over again. The one about cooking recipes and the other about software owning the users instead of users owning the software. Plus, he seems a bit paranoid. I wonder if he goes to restaurants. Does he demand to see with his own eyes the whole process of preparing his meal? Does he ask for evidence that every single ingredient is what it’s supposed to be and wasn’t “temper” with? Or does he simply trust that the people there are not necessarily trying to poison or cheat on him?

English is my second language and for me the main meaning of “gimp” is (and always will be) GIMP. I can’t see (or I should rather say - I can’t feel) anything stupid, silly, wrong or offensive in this name, but, of course, it feels different for native English speakers.

Same here. Until this year I did not know anything about it even though I probably heard the word ‘gimp’ in another context but without thinking about it.
There are so many names and it could mean something offensive in another language. We as non-native English speakers are used to it. Though I understand that the name GIMP is not without issues, still I will use the program.

There are so many names and it could mean something offensive in another language. We as non-native English speakers are used to it.

language translations are a different issue and pretty much unavoidable but a English speaking project choosing an derogatory word in English isn’t a language barrier issue.

@Pirx the translation of free software to slow software in your language is funny but “free software” is a terrible name for it in English anyway because it creates a never ending battle of “free as in beer” vs “free as in freedom”. If you have to clarify what you mean based on the term you chose, then you chose a bad term and thus FSF made a huge mistake just in the advocacy part of it.

I agree 100% that “free software” is a terrible name. I just wanted to show you that translated to another language it’s equally bad.

Imagine a Polish podcast where people talking about Firefox being a free software. Someone unfamiliar with these terms would simply understand that Firefox is slow.

OK, so, in case of GIMP, it’s not the name itself but the intention it was created with, right? If GIMP was originally created in other language and then translated to English then it wouldn’t be problem with keeping its name and no one would find the name silly/offensive/stupid? Don’t get me wrong - I’m not trying to defend GIMP’s name. I just would like to know if it’s really so bad that, for example, it prevents GIMP from being taking seriously by larger number of people.