Today a new line-up of Surface products was announced. Why are we bringing this up on a Linux forum? Well, the Surface line has taken the place of Apple products with sexiness and innovation so it’s attracted a lot of people to Microsoft hardware.

Up to this point, you can take the Surface tablets and laptops and convert them to Linux and make them even more productive machines. However, with their latest innovations and their latest Surface Phone just announced - they utilize dual screens, folding screens, and extra sub screens on keyboards for extra functionality. I started realizing that Linux distros and FOSS apps today are not built to function in those environments. So the latest

If history is a lesson, Dell, Lenovo, and others will likely start copying these form factors of screens on keyboards and multi-tasking tablets with peripherals that snap on with drivers built into the OS to change form factors on the fly. To be clear, the difference between these devices is the fact that the hardware and software integration are so heavily reliant with one-another, therefore, installing a secondary OS or even duplicating productivity via apps not specifically designed around the form factor becomes difficult to replicate.

It was the question on my mind as I watched the reveal today. Curious what others think. 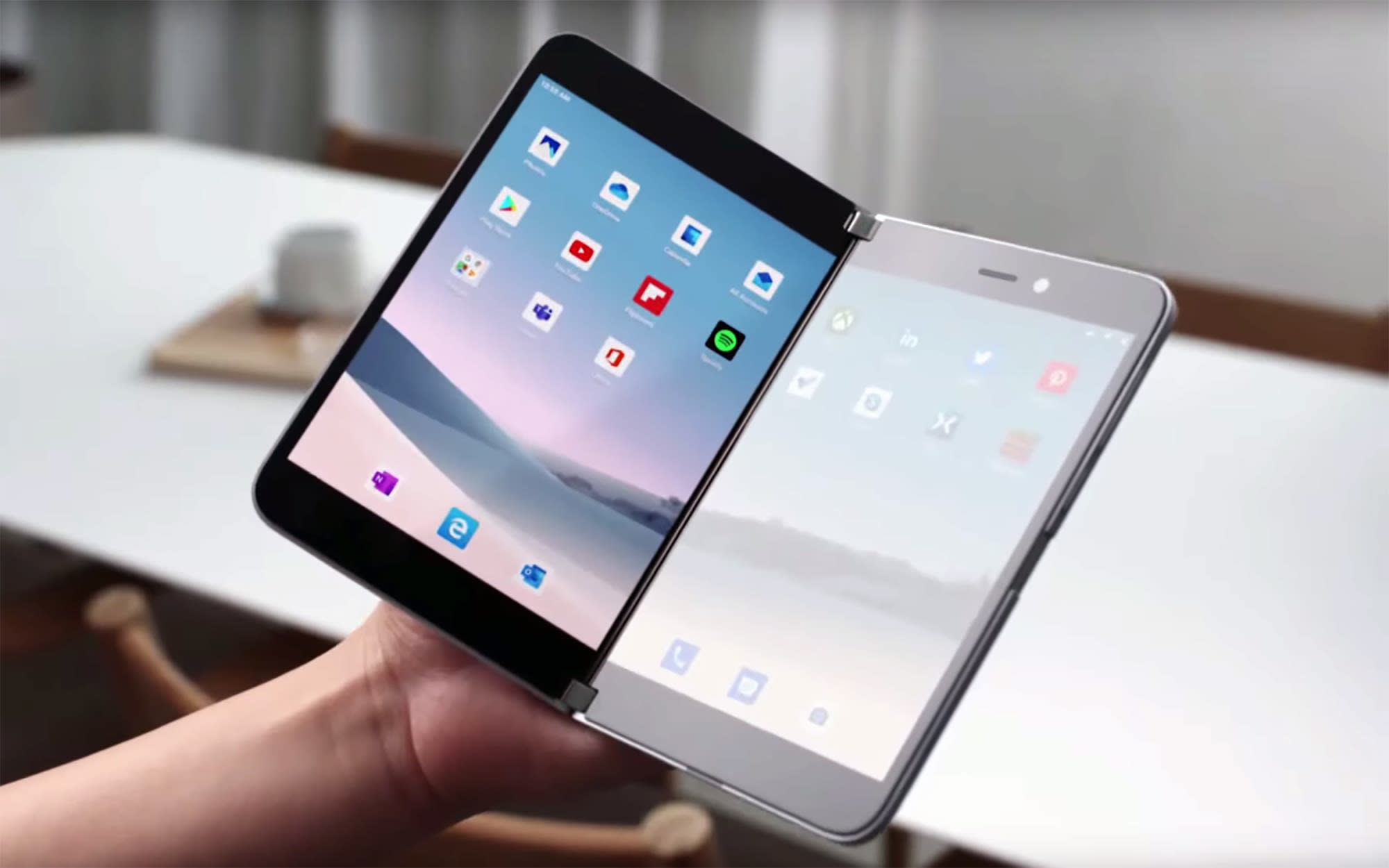 Microsoft phones are back with the dual-screen Surface Duo | Engadget

When Microsoft last built its own phones, we got the underwhelming Lumia 950 and 950 XL — a pair of devices that were meant to usher in the age of Windows 10 Mobile, but ultimately couldn't do the job.

Get the latest surface2019 info from our tech-obsessed editors with breaking news, in-depth reviews, hands-on videos, and our insights on future products.

This always comes to the forefront of my mind as well and is an area that I think Linux lacks in from a consumer side. A company like Apple, Google, or Microsoft come out with a cool new form factor, others follow suit, and Linux is left catching up and shoe-horning itself onto hardware designed for something else. Just look at laptops, tablets, phones, etc.

I see this stemming from the lack of a major company that designs innovative hardware designed to work for Linux. It would be great to see a company like System76 holding events like this and hyping up the hardware that they sell. I would love to see them design and manufacture their own laptops like they did with the desktop, Thelios. Hold an event that shows Apple is not the only consumer tech company building ultra-powerful desktops.

Many company take Linux and do great things with it, but from a consumer electronics/hardware side, there is a severe lack of slick, trendy, or innovative hardware designed with Linux in mind, unless you consider Android or ChromeOS to be Linux, which I do not.

As to the Microsoft hardware, it will take a while and eventually the community will develop a way to support some of these new form factors to the extent possible, given that there will not be official support or help from the original designers.

Odd the Microsoft device would be be running Android. They are still updating Windows Mobile until end of December. They stated there would be only security & bug fixes, but I am seeing visual changes.

This tells me they are probably doing it for their new upcoming OS which will replace Windows 10 Mobile with Windows 10 Andromeda. Andromeda is suppose to run on Intel or ARM systems, and no separate development will be needed to run on any device.

The only Linux-friendly giant corp I can think of who is rich and powerful enough to have any hope of making such sexy hardware that you envision is IBM/Redhat. And they are trying to sell their new ppcle architecture: big powerful boring desktop workstations (larger items sold yield larger profits, you know). And it’s already very challenging and time consuming just to port Fedora/Linux apps to that new architecture (never mind crazy form factors, folding screens, touchscreens on the keyboard, etc.)

I personally think all these new form factors are a huge effort to develop for, for relatively little gain.

If the Linux community wants to survive and thrive, it would do well to heed the Taoist advice:

He who keeps strenuously reaching on his tippytoes, cannot hope keep his balance.

All these crazy new form factors are just a bunch of strenuous tippy-toe reaching to me.

I wish to say “Steady as she goes”, and kudos to System76.

The only way to reach the mass market is via end user/consumer. IBM left that market with the sale of the Personal Computer Division.