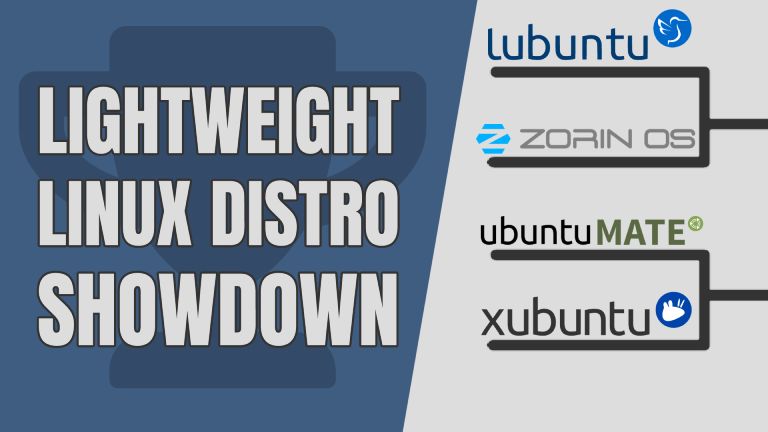 As a Linux user, I was recently in search of a Linux distribution (distro) that is lightweight and runs efficiently on a virtual machine or a physical machine using minimal resources. In the end, only 1 would be chosen as the lightweight Linux...

That looked like a lot of work, thank you.

Some of the apps installed seem indeed unnecessary but before I used Standard Notes I appreciated the sticky notes in Mate or Xfce because often I need to make an important note, not that it needed to be on the desktop as a widget but rather in the panel like a tray icon and on older hardware, some of mine still has an optical drive with burning capabilities, it is handy to be able to burn some old fashioned CDs. I mean the drive is there.

As I can see the winner in Ubuntu land is Lubuntu.

Though I find that distros not based on Ubuntu are quite more lightweight if the hardware is really more rusty. But of course “lightweight” is a broad term and also subjective.
If you have only 2 GB of RAM than only Lubuntu will run somehow fluently and if you need 32bit support than you have to go somewhere else.

All the Ubuntu LTS releases use an LTS kernel, so 5.4 would be fine because all releases based on 20.10 are already almost obsolete, 21.04 also just came out.

I remember when Mate just used 192 MB of RAM in a Debian release before the switch to GTk3, so Qt seems to really be a better choice for Lubuntu even though I still prefer LXDE and it still wins in every aspect. Some years ago Xfce used about 92 MB at boot on a default Debian 32bit install using Gtk2. Those were times I miss. Because as you can see now we talk about 4 GB of RAM as something relatively weak.

I read the whole article and love what you did there. Kudos! I am just passionate about older hardware and lightweight desktops because that is what I mostly use and I have a great collection of it.
One desktop I would add is Plasma. It is now on par with the rest if not even better suited than e.g. Mate. Though not every distro makes a “lightweight package” out of it.

I myself use mostly Xfce but on Debian.

Thank you for the article.

It was quite a bit of work, but helped to empirically answer a long-standing question I had been pondering and also resolved a quest at the same time. Since then, I have switched most of my machines to Arch (LTS kernel) running LXQt.

Thanks for the great feedback. The lightweight landscape is always changing in Linux land. This article is a snapshot of what was relevant at the time of the writing. I originally started by downloading the ISOs of all of the distros in the long list. However, this would have made the article miserably long. And, for me, the criteria used to find the right distros is exactly what worked well for me (very subjective); I like systemd and I also appreciate distros that are based on or more modern than the more recent LTS kernels.

Looking for a lightweight version of Linux, I always ended up with Peppermint, the sexy sister of Lubuntu. However I have the unhappy feeling that the distro is not renewed anymore, since the last release was from Dec 2019 and there is no activity anymore on their web-site. Note that the Dec 2019 versions still has 32-bits support.
For 32-bits systems I tend to move to FreeBSD (Unix) with XFCE, it is smaller than most Linux distros.

I have switched most of my machines to Arch (LTS kernel) running LXQt.

As someone who recently came to experiment with EndeavourOS (Arch) I second that choice. It is the one I made on an old Thinkpad.

Thanks for a fantastic article! I really appreciate it as many of my machines are aged and low on resources. As a long-term Debian user my focus has tended to be on tweaking that for maximum performance and I second the suggestion of Plasma as a low-resource desktop environment. I’ve been extremely happy with it, though still find I need some of the Gnome apps, which adds some weight. Of course an advanced setup using Arch would have given you scope to have more control over your resources and I’m glad it’s working for you

Peppermint is a very lightweight distro, but I don’t know if it could have beaten Lubuntu.

Sorry to revitalize a somewhat stale discussion but in your article you first mention that you uncheck any distro that doesn’t use systemd for its init system, but later your are curious about the fact that all lightweight options are based in some form on Ubuntu. I think removing that requirement brings back a few none Ubuntu based distros, making the article more interested to read IMHO.

And because I did a little searching for responding, I actually learned something today; BusyBox actually can be used as an init system!

Fire up a virtual machine and give it a good empirical test.

Thanks for the feedback. It is never too late to pose a question. My apologies on the delay in getting back to you. Modern was defined as being one of the 2 latest LTS kernels and having systemd inherent to the distro. It is somewhat arbitrary, but not completely controversial considering the technological timelines in Linux land. Originally, I had much looser criteria and this did open up the competition to many distributions. However, an article of that length (not to mention the preparation and research) would have been much more resource-demanding to produce.

I didn’t know that BusyBox can be used to initialize. Thanks for the information. That’s what I love about Linux: there’s always more to learn.

Peppermint now switching to a Debian base so it can now give you a 32 bit option as well as 64 bit.

“ A “modern” distro, as defined for this experiment, is one that has adopted systemd and has a kernel version that is greater than or equal or to the last 2 major LTS kernels (5.10 and 5.4). “

So MX Linux isn’t a modern Distro by this definition.

Many might suggest that the reason MX stayed at number one position on DistroWatch for so long was because it did not give you SystemD as the default option.

And there are other init systems that are still being developed, and are therefore by definition modern.

I moved to FreeBSD mainly because I needed reliable 32-bit support for OpenZFS too.

Arch Linux Or any distro that drops you at the command line after install boot, can be made into a minimal install. Xorg, and Openbox, and you are golden. Then you hand pic apps and such. It’s fun to hand craft your own selections, and make your own config files. Thats the way I like Linux, I have done it with Debian, Arch, OpenSuse, it is fun. See DT’s Obscure Window Manager Project, it’s a blast…