Is building a new PC in an old case a terrible idea?

I’ve finally decided that I want a desktop PC, and I’m going to build one. I’ve been using laptops since high school and never had a proper high-end system, but I do have this Windows Vista era monstrosity lying around… 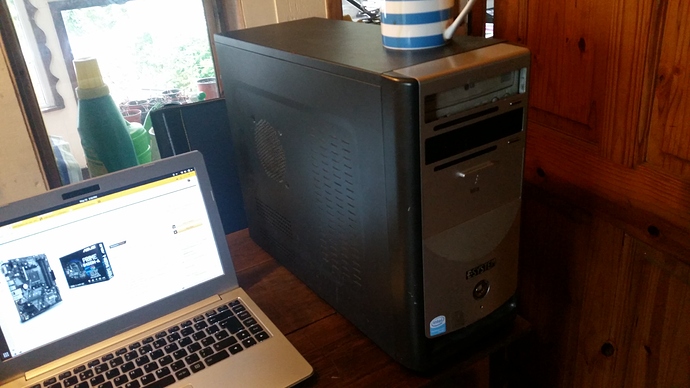 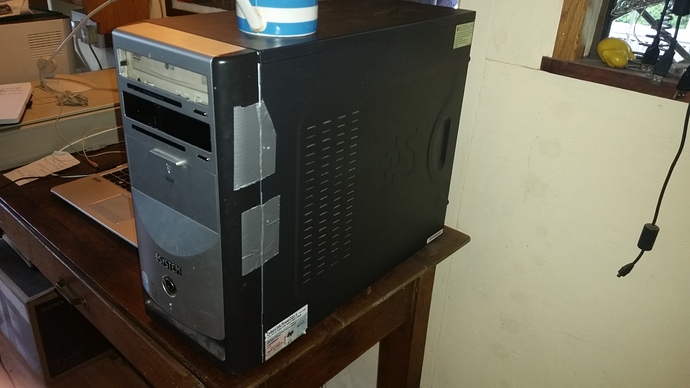 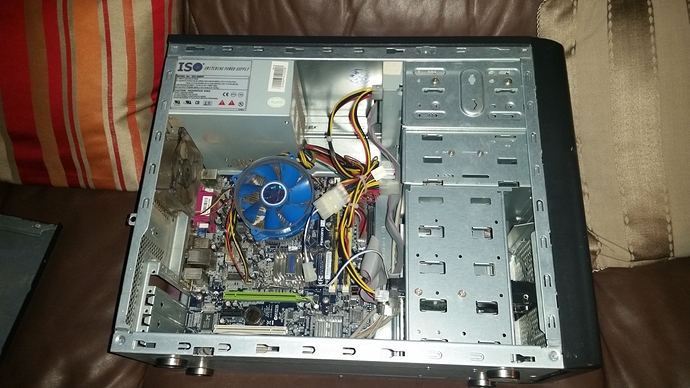 I’m not sure if it’s worth building in this, since airflow looks terrible, and i’m not sure if a modern 800+ Watt PSU would even fit in there.

Even if the power supply fits this probably isn’t the best case. There are four or maybe five expansion slots. Additionally like you said the air-flow isn’t great. The top is closed off to allow for the power supply. A decent case can be picked up pretty cheaply. Most modern cases now provide for mounting 2.5 inch drives to the rear of the motherboard or somewhere other than the front of the case where air flow is obstructed. I’d go with a case that can be used for years of upgrades even if I had to start with a bit less RAM. That is the simplest thing to upgrade while upgrading the case later on all but requires rebuilding the computer.

Save this case for a low end computer build later on or to use for a home built pfsense router, media PC, or other project.

I’ve looked into cases on Amazon, and they’re not expensive. I’ll probably get something that lets me use a larger motherboard and gives me a bit more space to work with. I’ve messed about with old hardware in that case, and it’s a pain in the boot trying to get at anything…

There’s no must, I just thought I’d float the idea around. I’ve already more or less decided what case I’ll get for this machine. I might try a zero-budget build later on at some point just to avoid throwing stuff out.

Nope… I don’t like these stupid flashy lights and I want to keep them to a minimum.

About cheap and reused cases

Just have a look at my 2 cases. The left one I bought locally new for DOP1500 ($30) and it included a 600W iTech power-supply. It contains a Ryzen 3 2200G with 16 GB and runs my Virtualbox VMs on a minimal install of Ubuntu 20.04 on ZFS. Look at my USB 3 front connector lying on the desk. I still have to mount the real one in the hole on the right next to the other front connectors. A nice case with space for five 3.5" HDDs. The PC is from April 2019. The blue power-on light turns red, when the disks are active 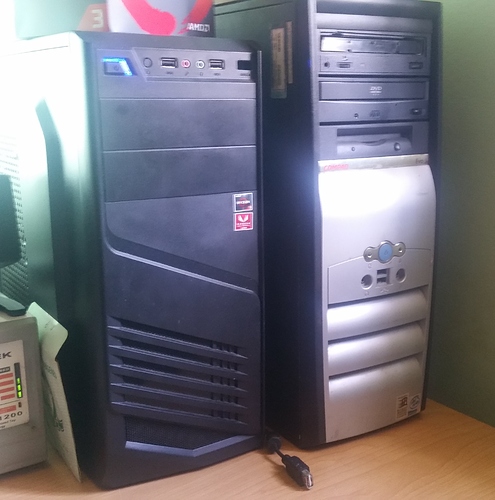 I bought another iTech power supply for this case for DOP700 ($14). The relative new power supply did not fit into the slot, so it is connected with 2 screws only. For the remainder it is a perfect fit with 2 SATA connectors and 2 Molex connectors and NO video card connector. I use that machine since June 2019 for 1 hour/week to update my back-ups (zfs send/ssh/receive).

It has two external cables connected Power and 1 Gbps Ethernet. The sticker of the Compaq Evo case explains it all 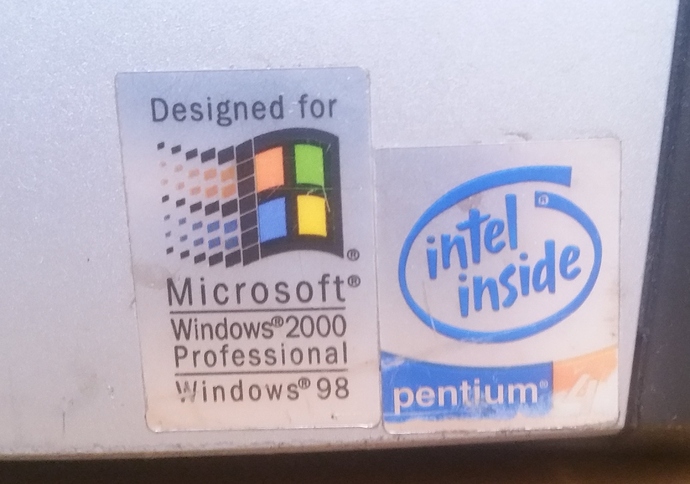 If you must reuse the case because you are a cheapskate

Where I came from we called those sleepers. No one expects an old box to haul a$$ and it makes for some great jokes confusing friends. +1 if you can get a convincing Windows XP theme going before you show it to someone.

I might try a zero-budget build later on at some point just to avoid throwing stuff out.

Limitations help inform creativity. The most fun and cool looking case I ever made was out of a PVC storm drain. Hot rodding an old case can be really rewarding if you play into whatever you’re working with. Personally i’d seal up all the existing fan ports and Dremel out new 120mm ones with replaceable dust filters. Just pick a CPU heatsink that compliments how the air is going in and out.