Hardware Addicts #50 and what was left out

So it was interesting hearing you guys take on VR and AR, but it was very limited in scope and felt like something from the 90’s. To be clear, I am not exactly a VR or AR expert but over the last 30 years I have dipped my toe in and first been excited and then disappointed. That may soon change but let me give you a little run down of my experiences.

Hot on the heels the ST:NG holodecks a flood of 3D products made their way to shelves. The Virtual I/O i-Glasses (you can see which marketing came up with that name.) 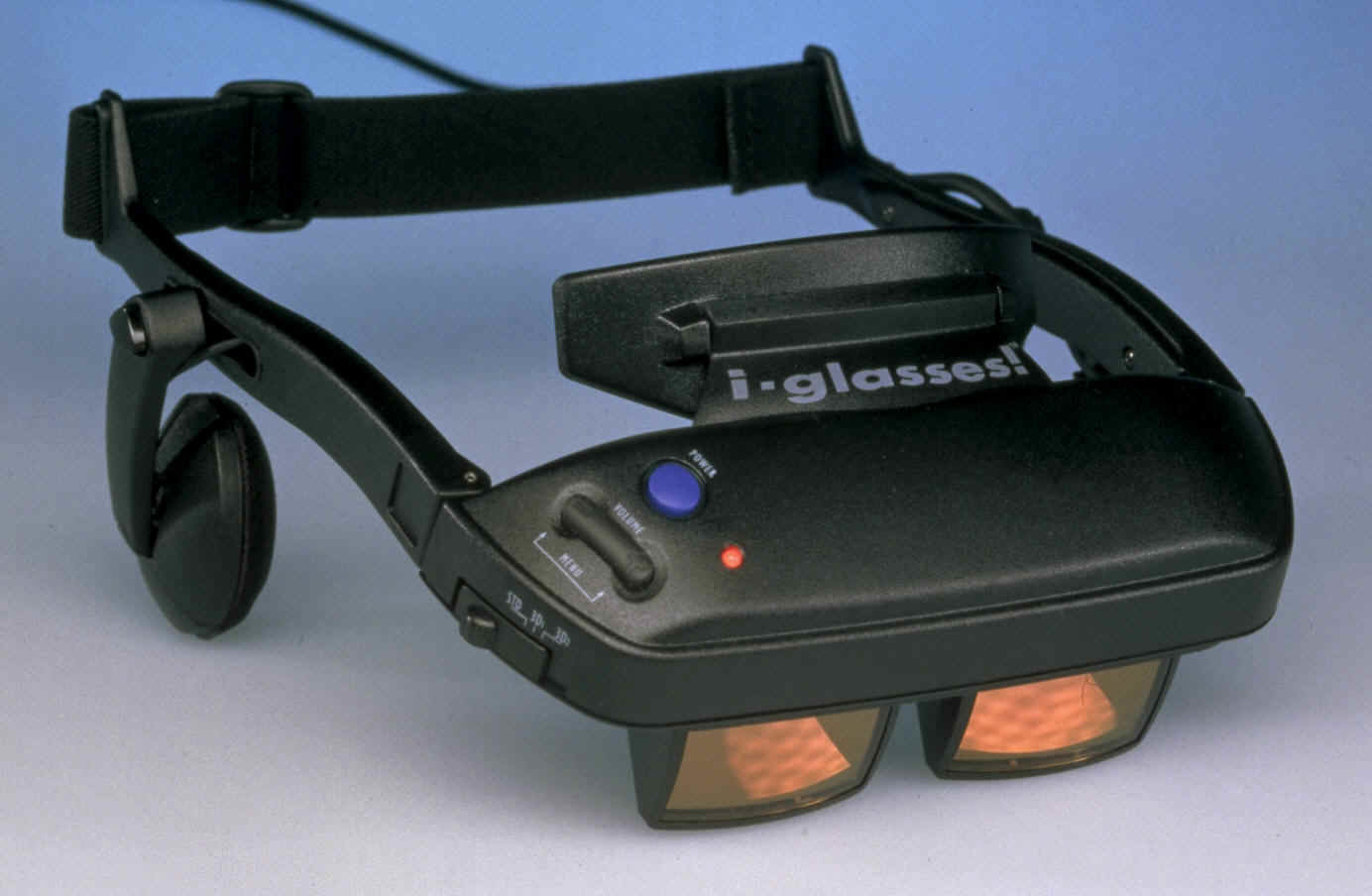 But the one I had, and for the life of me I cannot remember where or why I bought it, was the Forte VFX1 3D-headset 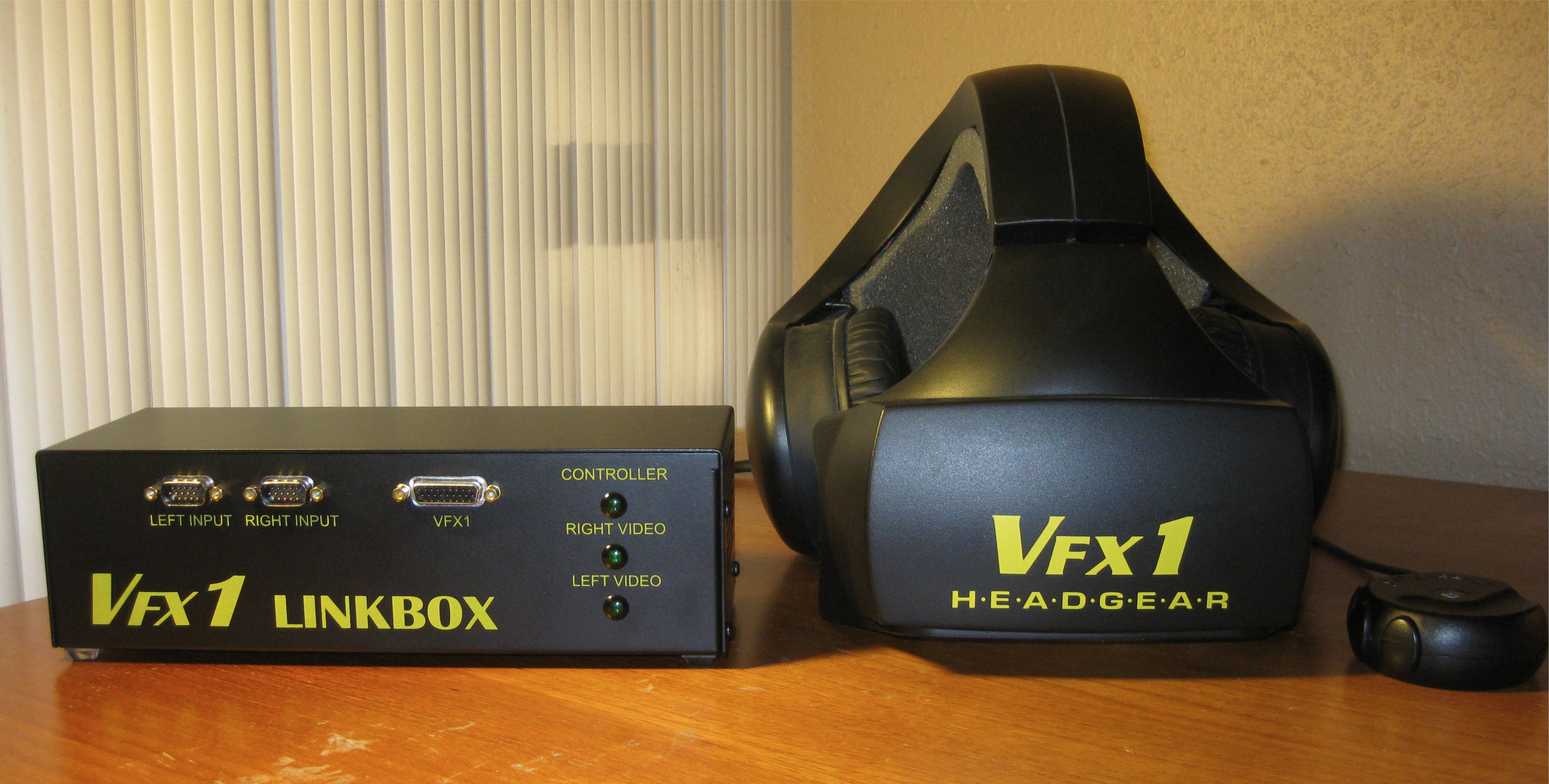 This was quite an adventure, even though you looked a bit of a dork playing with it. 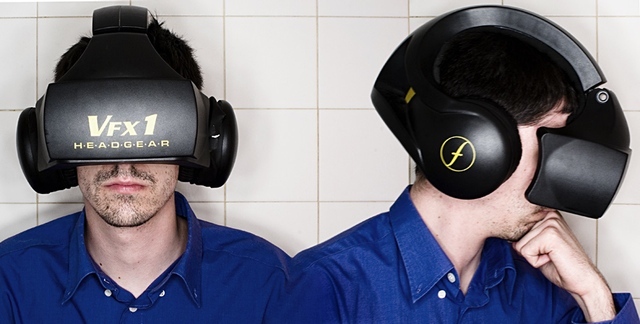 It was a surprisingly sophisticated device that as well as having a proprietary ISA card that hooked into your video card and the controller and would take any image and make it stereo by off setting things to individual screens on the headset. It had head tracking in so much as the pitch yaw and rotation could all be detected and a really nifty and I think clever design for and input controller called a Cyber Puck. This was remarkable effective as it too could detect movement and so you would hold it in your hand almost like a joystick and be able to turn the wrist and move around. I so want a wireless version of this but I guess it was patented because I never saw one.

I did manage to decode it’s inputs though and was able to use it in Linux as a regular 3 button mouse, but it turns out sitting down and using it was not as nice as standing and using it.

I made some headway on getting the video translation card to be recognised and could throw command sequences at it and try and get things to work, but the company Forte would only send me user manual and not anything I wanted with regard to the hardware. Then the company folded and well I just lost interest.

That was until Oculus came around. Back in the early days of their formation, they were all about open source and Linux and actually had a SDK for use with their product. So at the time I was less about gaming and more about trying to help out a family member with poor vision. So I bought the Rift dev kit which came in a really nice case and had all I needed to develop on.

Being able to customise a field of view was very important in being able to make things easier for them to see things with limited sight.

When I wasn’t doing that though, I was playing Half-Life 2 with it, and it was AWESOME. Playing “We Don’t Go To Ravenholm” was super creepy and really disorientating, and really did feel like you were being chased by zombies.

I was really enjoying it, right up until the moment they SOLD OUT to facebook. (not, got bought by) and I knew the writing on the wall. When the community heard about the sale we pressed Oculus on if they would continue to support Linux and lying Lucky Palmer said sure, why not? He then, flat out, went back on his word as soon as his bonus for FB was cashed.

I was disgusted and swore off Oculus forever more. It was such a stab in the back, and I was furious and swore I would never buy another VR or AR device unless it was properly supported by Linux.

And so today I have not bought any more VR kit…

… However, I have become really excited about one product and I cannot believe you did not mention it as it will be availible really soon.

They are doing something incredible that really has to be seen to be believed. It is all the brain child of an absolutely awesome lady whose resume would make most geeks blush but actually has made her into this force of nature with a passion that is really just stunning.

Jeri Ellseworth is just such a pioneer. I could wax lyrical about how it all works, but I will just point you to the video that I saw which changed my mind and back it wholeheartedly. 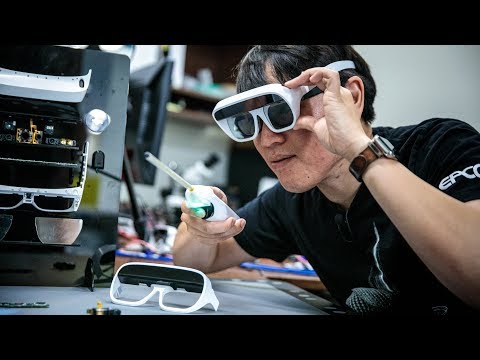 So yeah, who wants VR or AR when you can have table-top holograms instead

This is where augmentation needs to go, a shared user experience and not just a single person shooter one.

EDIT: A new podcast interview has landed, going into more details for people to learn more. 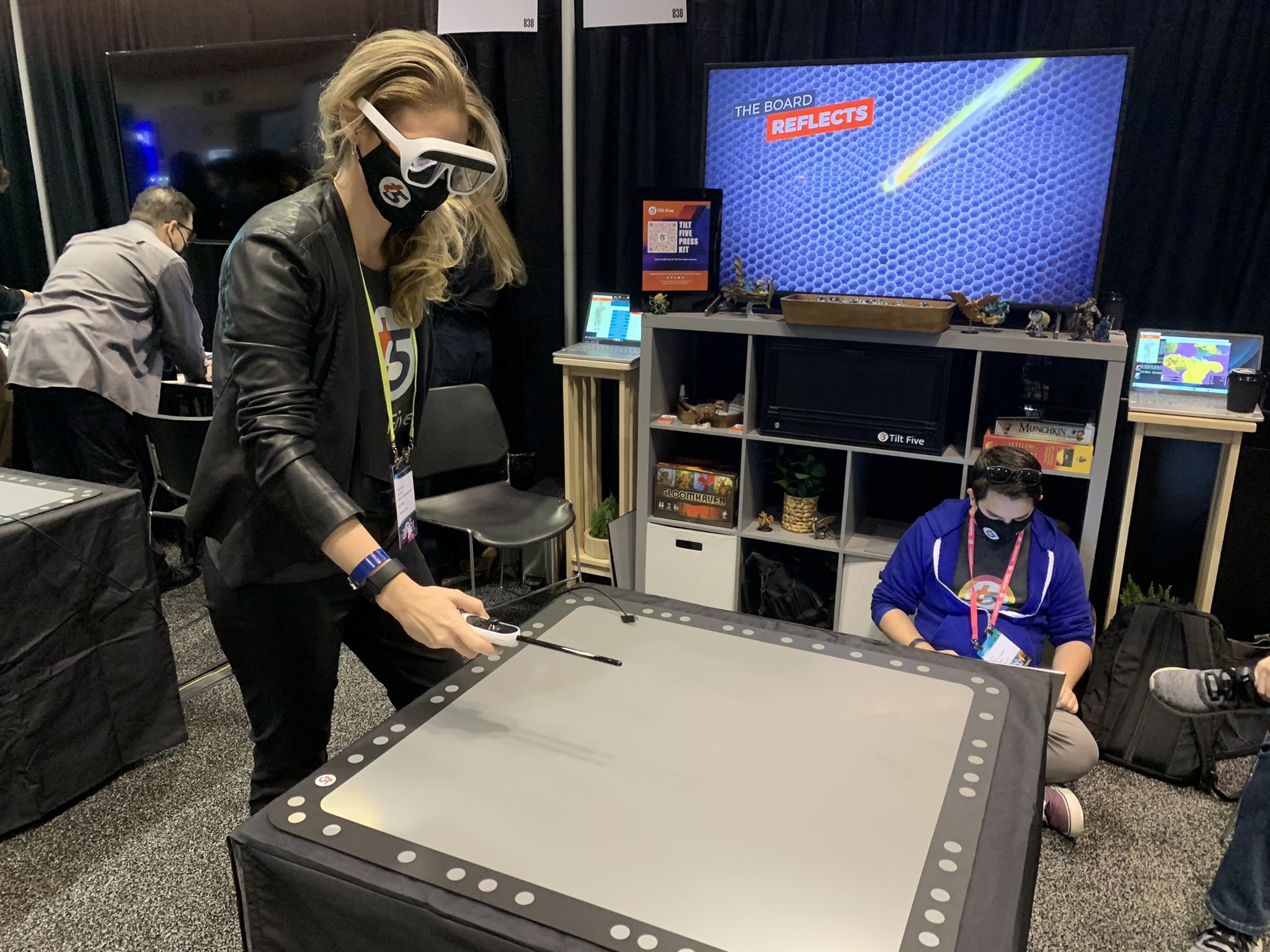 EDIT2: Found a new video demo that really gives a feel for what it is. 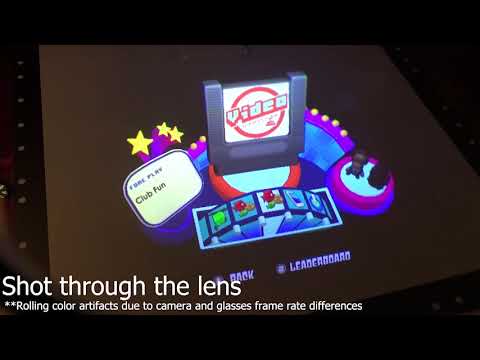 EDIT3: A Good explanation of why Tilt Five is very different. Old video 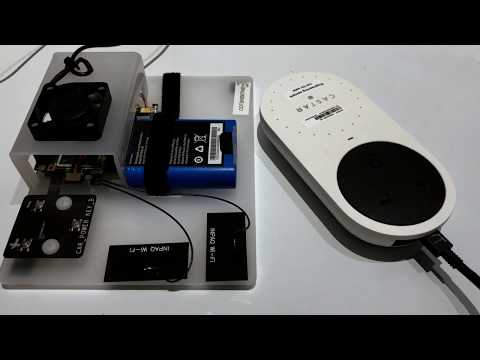 I appreciate the info. I don’t think covering Meta, Hololens, Google Glass, and their current specs and interations is something out of the 90’s. While there are a lot of exciting ‘emerging’ headsets and use cases what we covered is what’s out now and a small glimpse into what is coming. Tilt 5 looks awesome and I love the idea of playing games with AR, however, that’s a very limited use case compared to where companies like Microsoft and Apple are wanting to take it, which was the arch of the episode…replacing all your screens. As an example, you’re not going to go wearing Tilt 5 into the public or replace your phone with it. Still, I think we covered the use case of experiencing things together when we discussed movies but the game element is a great point. There is always more things to cover than a 1 hour episode could possibly cover. There are dozens of iterations of hardware with AR/VR out there or trying to get kickstarted and no way we could cover them all. What I love is you’re excited about this tech and what it could mean for the future and sounds like you have had a lot of experience testing many iterations which is awesome. I think the biggest hurdle we’re all going to face is how do you maintain privacy with this tech? It’s going to be quite an issue to overcome. Though not as much of an issue with a focused product like Tilt 5.

companies like Microsoft and Apple are wanting to take it, which was the arch of the episode…replacing all your screens 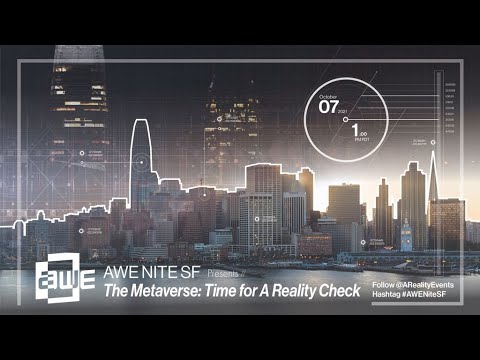 Part of the reason Jeri is so convincing, is because she has been at this for 10+ years and got stung once by the industry hype surrounding Magic Leap or the Hololens.

The truth is, they promise a VERY limited experience due to physics and the limitation of having multiple wave guides. The processing required to make multiple light fields for depth of focus alone is crippling. Which is why you only get these tiny windows on the world while the lay effects over it. It cannot handle occlusions easily and so is necessarily expensive, heavy or power hungry.

We are quite probably decades away from the miniaturisation we need and the custom IC’s to do all that physics fudging, regardless what Apple or Microsoft PR say.

I think the biggest hurdle we’re all going to face is how do you maintain privacy with this tech? It’s going to be quite an issue to overcome.

The reason Tilt Five is a game changer is because it is low cost social AR which multiple people can share the experience, and you don’t need a monster rig to do it. You could do it from a phone!

So in terms of privacy, well, that lies in how you want to run it. It could be Steam, it can be a phone app, or you could ever write your own game/experience using the SDK which is included with every kit. The kits will be shipping very soon and so expect some real world reviews and expect phrases like “Nothing like I have ever seen before” to be used copiously.

We are quite probably decades away from the miniaturisation we need and the custom IC’s to do all that physics fudging, regardless what Apple or Microsoft PR say.

What troubles me is this is the perfect excuse to ship the crunch work to the cloud which’d limit bandwidth/power use to something similar to a Skype call. That doesn’t cover all bases but it covers quite a few.

Well, as we know, cloud gaming is a hit-and-miss experience, so a cloud AR solution is likely to be the same. But that is the choice you choose to make if you buy into that or not.

I may buy games on Steam for example, but I also buy HB and GOG and make sure I keep those downloaded locally. If the internet went away tomorrow, I would still have access to music, videos and games without needing the cloud or any signing in.

As it stands now, unless there is a paradigm shift in streaming tech, I don’t see the promise of a 5G powered AR world materialising quite as soon as people expect.