Get The Most Out Of Your Pinebook Pro - Tips & Tricks

Some tips and tricks I’ve deployed since using the Pinebook Pro this week. Enjoy! 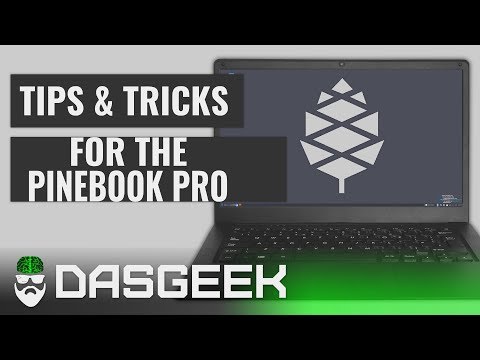 Very interested in picking one up but have one burning question.

Is it possible to get Steam Link app that Valve released for RPi/Raspbian to work with Manjaro ARM on the Pinebook Pro?

I tried. It installed fine but then popped up an error that you need Raspberry Pi 3 or newer. I assume there is some check it has to make sure you’re running a Pi you might be able to bypass.

Thank you for trying. There’s no hardware check (AFAIK) on the Android version so it’s a little disappointing it exists on the ARM Linux build.

Seems the error can be bypassed with

but there may be some dependency issues after that.

@dasgeek Thanks for that, Ryan! Looks pretty amazing, literally - that’s a very Blade Runner - like wallpaper, which I think you also had on your MS Surface, though easier to admire in this video! I’m a big fan of Debian and love that this machine comes with that installed. I was curious to know if Java apps will run on the ARM version though. Apparently OpenJDK has been ported to ARM, so I hope they do. It being my favourite language, and also given Freeplane (the mindmapping tool) is part of my workflow and is a Java app, I think if Java doesn’t run on it, that would be a real limitation for me.

I’ve not really used Geany much, but by the sound of it I should try it. Looks like you have some handy scripts on your github page too, I’ll happily drop by for a browse. Thanks for sharing

Your review still leaves me with the impression that Pine64 are doing superb work and I hope they keep it up!

BTW - which DE is that you’re running, I wonder? Looks a bit like XFCE but not sure. MATE perhaps?

That looks great, I finally ordered my PBP yesterday after I’d watched your unboxing video, so can’t wait to get it all set up and customised, add a DLN sticker maybe

My only fear at this point is I’ll get one of the ones with a dead pixel, that’d be just my luck.

kudos on the use of geany!

This is Mate desktop by default. It works fantastic as Mate always does. On the Manjaro ARM install it’s using Xfce which is my favorite DE so that makes me happy. Looks like Manjaro is doing much better with a lot of the bugs fixed this week so I might do a video on that soon.

@dasgeek. Thanks for info. Will keep eye open for new posts on PinebookPro. If it runs Java, I hope to get one when able.

Just watched your new video on Manjaro ARM on the Pinebook Pro.
I am so glad it works well for you.

I am the lead project maintainer for the Manjaro ARM project and just want to say it’s great hearing this awesome feed back.
The guys, we have working on the kernel, really do an awesome job at getting stuff working.
They started with a regular upstream mainline kernel and has added stuff like the Pinebook Pro DTS and battery support in just a matter of days.

Only a few key issues are still on the TODO, which include the audio from both speakers and headphones and the missing suspend feature.
They are preparing to submit the patches upstream, so we might see the Pinebook Pro running a regular upstream kernel from 5.6 (crossing fingers).

Thank you so much for the work you’re all doing. It’s been fascinating watching it get better and better every week with each release. The most impressive part is the speed at which it has progressed.

I love seeing the excitement people have for the video already. Happy I could help show it off.