FreeDoom. Yes, it's old and so am I. Am I doing it wrong?

I am not a gamer. I have never been a gamer. But I did play a few games along the way. Doom was one. Call of Duty was another. I couldn’t figure out how to actually play Half Life. There was nothing there: No monsters, no opponents, nothing. I just wandered around until I got bored of hitting things with the crow bar. Battlefield 1942 was the same.

I decided to try FreeDoom Phase 1 this morning. Again. The problem I am having (and why I give up each time I install it) is that the doors to the next area and the elevator in the opening scene don’t open. The ones in the first area do work randomly at first then stop and you have to restart the game or use a cheat to walk through walls.

Surely, I am missing something. I have spent a couple hours hunting for some clue as to what I am doing wrong but all I am finding is videos of people blithely passing through doors that open for them.

Anyone got any ideas? 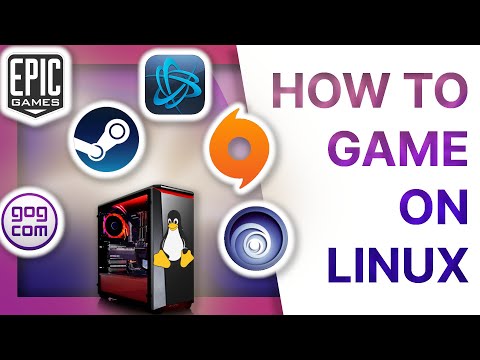 Oh, I am aware of Steam and Proton. But right now I just want to see if a simple nostalgic FPS is able to keep my attention. The difficulty in actually playing it, is.

On GOG it costs pretty much the same.

The paid version might not have this “bug” in FreeDOOM

DOOM 64 currently on special on GOG
Doom 64 is a re-release of the Doom they created for Nintendo 64.

But then again, might just be some hidden button or lever you still have to find…

The paid version might not have this “bug” in FreeDOOM

Freedoom is a FLOSS complete game, not the classic iD Software production.

I gave up on trying to get games going from an install long ago. Steam + proton does the job.
Once every few years, i have a look at some gog game and maybe i’ll buy it. Maybe.

Steam just works and that’s good enough for me.

But then again, might just be some hidden button or lever you still have to find…

That’s what I am trying to figure out. Am I not holding my tongue right? Or is the game broken. There are tons of videos showing it working…

OK. I just installed Phase 2 to see if it worked any differently. It doesn’t. BUT. I started mashing random keys as I stood at a door. It appears that when the manual says:

“By default, the keyboard cursor keys will move forward and backward, and turn left and right. The Control key fires the current weapon, and the spacebar will open doors and activate switches.”

What it means is:

“The ‘w’ key will move you forward, the ‘s’ key backwards and the ‘a’ and ‘d’ keys will move you side to side. The ‘e’ key will open doors for you. Your mouse will turn you and allow you to aim. You left click the mouse to fire your weapon. You select your weapon using the scroll wheel or one or the number keys.”

I haven’t found any switches yet so I don’t know what key does those (I assume ‘e’). The manual doesn’t actually give a list of keys for moving about, it just has the casual reference above, I assume because everybody knows these things.

My frustration here is that, because I don’t game, I don’t know what everybody knows. I remembered wasd and the mouse for panning and aiming from playing Call of Duty. Other (standard?) key assignments are new to me.

It is much more enjoyable actually being able to open doors. I’m going to play for a while now.

wasd and the mouse for panning

yep! the default for many years now

yep! the default for many years now

Yeah, I remember it from ~2009 when I played Call of Duty. Then the instructions were wrong so I didn’t look hard enough for the “action” key.

I am looking for my copy of Half Life but I am not finding it. I found Call of Duty and 1942, though. Maybe I will finally break down and add wine to the system.

Am sure I completed Wolfenstien 3D on easy at one point, and got through the first stages of a spear of destiny.

Doesn’t matter how much you game or when…

Um. I know I have that CD here…

The original Doom and Wolfenstien should play fine in DosBox, don’t need to do any wine trickery.

Ooh. I like that idea. I know I bought a version on CD for windows. I’ll have to find it (I believe it is in a shoe box three feet from me holding up my laptop docking station) and see about that.

You might have to look up dos box commands on mounting CDs and mounting working directories.

General rule, mount some directory on your hard drive to be your C:

Look at the DosBox Manuel at www.dosbox.com

That was a bit of a time sink.

It turns out the Wolfenstein 3D disk is set up to install under Windows 95+. I did some playing and fiddling and I found if you copy the ‘wolf3d’ folder buried a few levels down on the CD into your /home DOSBox is more than happy to run it.

I also tried XP and 98SE VMs but they will not run the game. After install when you try to run the game it just gives you a black screen.

And, along the way, I found this: https://www.myabandonware.com

This is on Flathub: https://boa.realm667.com