I’ve got a weird issue with Flatpak apps after updating Manjaro this morning. (I’ve posted this in the update thread on those forums too) I’m hopeful someone has seen something like this before and can give me an idea on direction to look.

After upgrading and rebooting on two different kernel versions (5.10 & 5.15) all flatpak apps are completely unreadable due to pixelation and weird display artifacts.

This happens as soon as the application opens, the app shown here (Obsidian notes) will flip between the two shown images here. Other apps look similar and have the same behavoir. The application buttons work, and the artifacting extends all around the app window including the title bars. 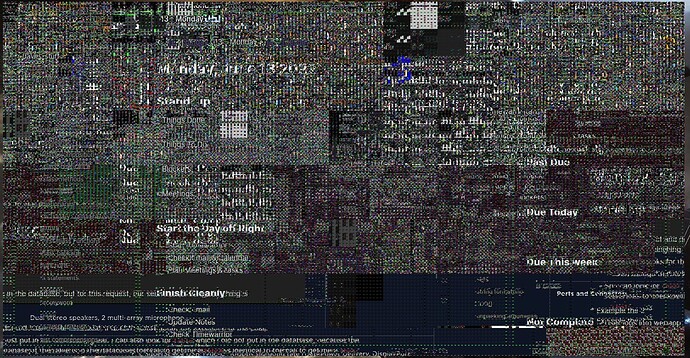 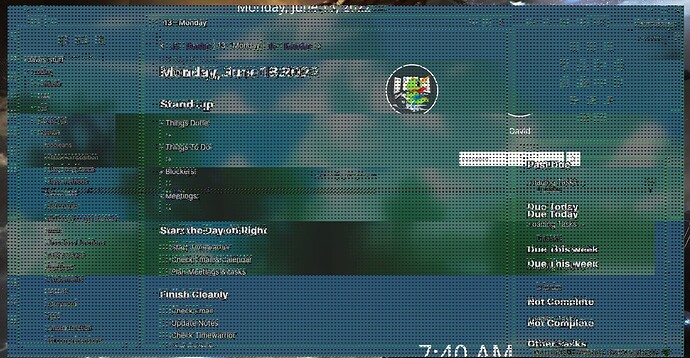 Using Manjaro KDE with all the latest updates.

Not super helpful I’m afraid, but I did have what looks like a similar issue a couple weeks ago.
Also on Manjaro KDE (kernel 5.17.14.1).

After resuming from sleep and logging in my screen turned like your bottom picture and then flipped horizontally while still having the same garbled effect. I could see the cursor move but that that caused the screen go more crazy.

I was trying to get some work done so unfortunately didn’t dig into what had happened, I had to ctrl-alt f2 to be able to reboot. The issue seemed to clear after that, in retrospect I probably should’ve checked some logs when I had the chance.
There’s a good chance I did try to launch a flatpak (or very likely already had one launched and suspended from the time I put the PC in sleep mode).

If it happened again I’d be inclined to jump on another tty and check journalctl, dmesg etc…to see what the last messages were and potentially try uninstalling the offender.