Facebook develops an open PCIe card with an atomic clock

“The peculiarity of the project is that to build a primary time server, you can use a normal server based on x86 architecture, which includes a typical network card and a time card.”

Facebook has developed an open PCIe card with an atomic clock

A few days ago the news was released that Facebook published the developments related to the creation of a PCIe board ...

I am sure there is a catch to this, and I will never be installing that spyware on my computers.

Nope sorry, wouldn’t touch that with a ten foot pole.

I don’t think regular users are the target audience.

To me it seems they developed this primarily for themselves and just decided to make it fully open. That was probably easier.

The reason for the development of an open board instead of using ready-to-use solutions available in the market, is the patented nature of such products, which does not allow us to ensure that the implementation is correct, the proposed software does not comply with the security requirements. (In most cases, outdated programs are shipped and vulnerability fixes can take months or even years to deliver), as well as limited configuration and monitoring (SNMP) capabilities (its own CLI or web user interface is offered) .

I don’t see anything that even implies that this is going to become something they will put out to the market, so I just don’t understand the commotion over news FB made a piece of open hardware so they can use it.

The engineering is even interesting. Being able to use x86 to probably make accurate time server a lot cheaper will have positive outcomes. I suspect they developed this because the current time services are either too vulnerable or just not precise enough for what they need.

Either way I don’t see the need to be negative about this just because FB developed it. There is a lot of other stuff they’re doing that deserves that treatment more than sharing board schematics for niche use cases.

I don’t see anything that even implies that this is going to become something they will put out to the market,

That could be true, but also could be that is a way of outsourcing a lot of the work to others, saving them on costs by making it open source.

Normally, anything they put out has a hidden cost to it.

Outsourcing the engineering is precisely what I don’t expect. Saving costs is and they make that very clear.
The engineering page the article referred to was enlightening.

Since off-the-shelf devices are made in low quantities, they come with a higher markup and can become very costly to operate over time. The high cost associated with off-the-shelf devices create limitations for many in the industry. An open source version would open the door to broader applications.

That probably is the main reason they are doing this. They run their own cluster of time servers and the cost was probably getting too high.
With the amount of compute capability they’re using they simply need really accurate timekeeping, as they said earlier in their post.

The new service, built in-house and later open-sourced, was more scalable and improved the accuracy of timekeeping in the Facebook infrastructure from 10 milliseconds to 100 microseconds. More accurate time keeping enables more advanced infrastructure management across our data centers, as well as faster performance of distributed databases.

That alone justifies the development of all of this. I suspect it’s a bit like sun’s staroffice move. Where it was just cheaper to buy and opensource staroffice to openoffice, than pay for thousands of MS office licenses.
Facebook opening this up will make larger scales of production possible which will bring down costs, which will save them money.
Facebook likes money and if they can keep money because they don’t have to spend it they will go that route. It’s just that companies like that are working on a lot bigger scale, but that doesn’t mean everything has to be nefarious.

but that doesn’t mean everything has to be nefarious.

True, but in the case of Facebook, it has been nefarious always in the past.

It’s difficult to summarize just how much access Facebook’s ReactJS has to personal data but we’ll leave it at “extremely high”.

Facebook similar to Google plays a lot of tracking games with it’s users, but I still use Chromium based browsers, I have an Android-based phone and I use lots of Websites and apps that use ReactJS.

This card by Facebook exists in the same vein as those other projects, if there’s a problem it’ll be forked because any factory can make it and POSIX interfaces means anyone can write software for it. My guess is these’ll be available from 3rd parties in coming years, probably not from Facebook itself and it’d be contrary to their interests to meddle with it.

Really good review of how it works 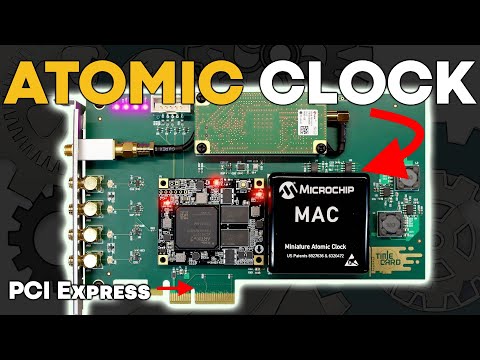