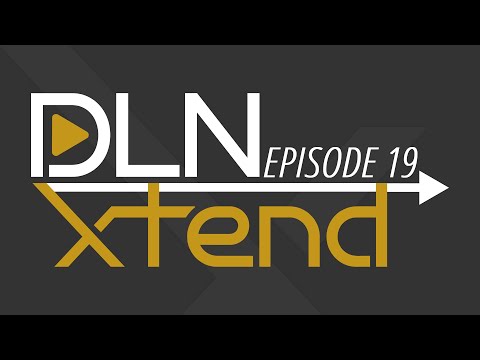 I wish there was a decent way of folding @ home on my old game consoles. My PC’s are wimpy and expensive compared to 5 Xbox 360s I could get ahold of these days.

Thanks for doing the part on limiting Internet usage for children…

Isn’t there a way to install a desktop OS on such devices?

From what I found out it’s such a royal pain and very hacky. The projects are mostly abandoned as well.

I suppose that makes sense, given what the state of Xbox emulators on the desktop.

@EricAdams Your remarks about Linux Mint; were they specific to Mint Debian Edition? This was unclear in the episode, although maybe implied since initially you mentioned you were trying out LMDE for the BDL challenge.

I’m using Linux Mint 19.3, that is, the Ubuntu derived version. It’s worth noting that:

I have no experience with the Debian version as of yet which is why I ask about this, perhaps these are Debian/MintDebian shortcomings?

That is Debian specific and will be the reason why LMDE uses it though I always thought they were using the regular release of Firefox instead of Debian’s choice with ESR, that is disappointing. Even MXLinux uses regular Firefox but then people might appreciate the ‘stability’ factor of ESR.

The Ubuntu derived version of Linux Mint of course is different in that regard.

Thanks for the feedback. I just tried again on just plain Mint 19.3 and I get this:

If I use /usr/bin/apt it works. That’s what I was referring to when I mentioned it on the podcast. Not sure how it works for you unless are explicitly running apt (/usr/bin) or made some change. Let me know if I’m missing something.

Regular LM does have the newest version of FF because it’s based on Ubuntu. LMDE, being based on Debian, doesn’t have it in the repo. There are ways around this but it’s extra work. PPAs work on regular Mint as well so yes, those two are related to LMDE specifically.

I hadn’t looked at Mint in several weeks and I am always impressed at how well put together it is. They do an amazing job and it is remarkable.

Thanks for the clarification Eric!

For me, this works

It’s interesting for me to hear other opinions about Mint since I’ve never really delved into the minute details, despite having used it since version 8 or so. Most of those opinions seem to be negative, Michael’s especially, but it’s a fun exercise to look into the problems and learn about everything a little bit more. It also makes me wonder if I should move on from Mint, if I’m being held back from Power User status by the distro or something.

Mint really is a stalwart distribution. It’s not surprising that you’ve been using it so long and not needed to dig deeper. It’s kind of the point I guess.

Mint doesn’t disguise itself as something other than Linux to keep from scaring away your grandma. If you know what your doing, Mint, works just like any other distro. It’s fascinating how it gets the “not for adults” label though. Plus, it’s green, the two best distros come come in green.

I think @CubicleNate would agree with that!