We are having a DLN Game Fest where a bunch of the DLN Creators get together to play some games and we’ll be streaming the games on YouTube for everyone to hangout! DLN Game Fest will be streamed on the DLN YouTube channel.

There are only so many spots in various games so to keep it manageable, being a Patron will be needed in order to join in on the gaming. If you are a Patron of DL, TuxDigital, DasGeek, or any other DLN Creator then you can join the games.

Let people know about the Game Fest by sharing the link https://destinationlinux.network/gamefest 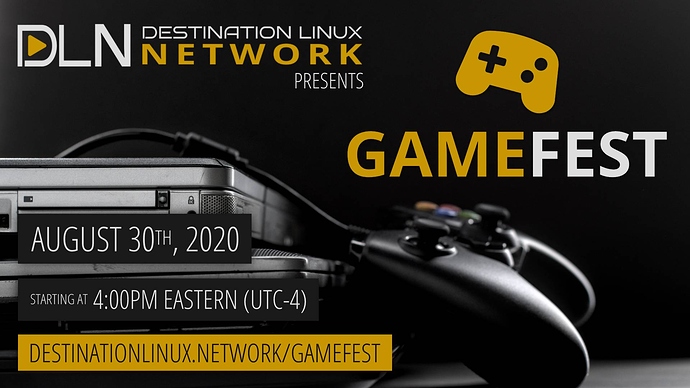 You forgot Shell Shock! Don’t worry @MichaelTunnell, I’ll always be here to keep you in check.

Shellshock and not bzflag?

Man the last time I played bzflag was probably 2001-2002. It was a hoot. I remember it being the opposite of twitchy FPS. That being said ShellShock looks like gorillas.bas.

I haven’t played it for quite a while, it has CTF, Team Battle & FFA modes.

Here’s the time in your respective timezones, so you don’t have to visit a timezone converter…

Don’t know if your planning to host your own supertuxkart server, but I have 3 6-10 player servers in Miami & a 22 player server in New York. All are set so the first player can choose the mode/difficulty

Don’t know if your planning to host your own supertuxkart server, but I have 3 6-10 player servers in Miami & a 22 player server in New York. All are set so the first player can choose the mode/difficulty

That 22 player server sounds perfect! If you are good with us using that then that would be awesome!

I may through a pass on it. I’ll comment on patreon if i do 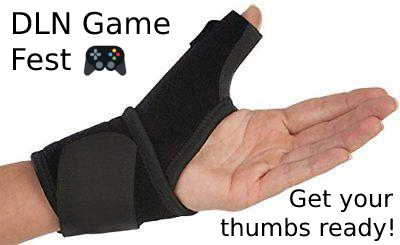 I will catch the next edition! This is my weekend with my kiddos, so, I’ll be off hanging with them.

Not sure if anyone’s mentioned this, but as far as Gang Beasts is concerned, there’s a beta update that adds a lot of improvements; y’all might want to opt in to this before playing.

Downloading and getting hyped!