Creating a bridge network to use on Virtual Machine Manager

In my ongoing quest to learn and convert to FOSS, I’ve found myself yet again at the edge of my knowledge, looking up at this vast grand canyon of a gap in my understanding. #ScooterDoesntKnow

Virtual Box had this functionality seamlessly integrated. All I had to do was click on the drop down that would switch from ‘NAT’ to ‘Bridge’. In virt-manager there’s a little more knowledge about networking needed as straight away I’m told that macvtap does not work. 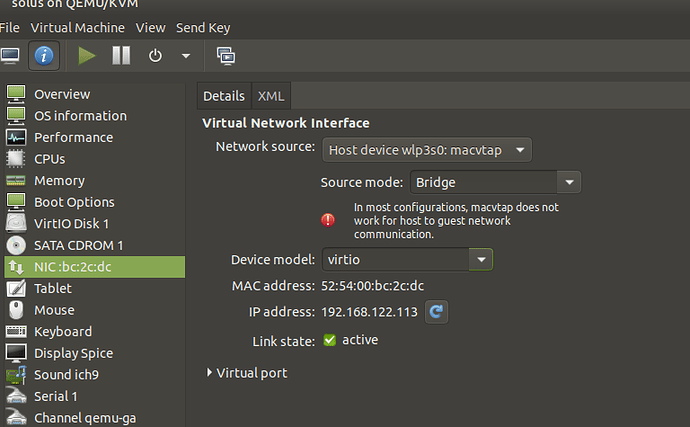 I’ve just spent the last couple of hours reading posts and articles, watching and re-watching videos on how this is done.

What I’ve worked out so far is that I think I need to do this:

1.Create a bridge (device? network connection?.. something) on my my ubuntu 19.10 host first.
2.configure virt-manager to use the bridge for my solus guest vm .

I’ve not been heavily into networking, but I think I am more technical than the average bear. I also like to understand why things are done… rather than blindly cut and paste some code. I’ve learnt this the hard way.

I’m going to persevere with this, and I’m not in an urgent hurry. My main outcome is to learn
I’m doing this all on my Dell Inspiron laptop which runs Ubuntu 19.10 and this is my tinkering machine.

I have virtual box set up on my main Manjaro machine with the bridge working for a couple of VM’s on there. I would like to learn enough about this to switch over my main to virtual machine manager

Time is not something I have a lot of. In the past when I’ve reached a point like this, I’ve just forgotten about it and moved on to something else. I’d like to keep this post here, both as a reminder to me and hopeful that this may help someone else on a similar path.

I would like to conquer this one and I would like to not go back to Virtual Box. I’ve got to get on with my day now, but I’m checking back later to read and update you all.
So far this Red Hat article explains it well, and I think I’ll have a try later.

Thanks for this post! I have for a long time played with VMs via Virt Machine Manager but never truly needed a reason to create a bridge. I have recently been reading about bridging as well and am glad that there are others at the same point as I am at. I will be looking forward to your updates.

Thanks for the red hat article. Everything I have found about bridging has only been through the command line. I am familiar with the command line, but it has always been easier to jump in when I successfully do it via gui.

I’ve gone back to Oracles virtual box. There were just too many things that went wrong. Which sometimes happens.
Long story short, I’m not done. I’ll be back to virt manager some day but Virtual Box for me just works nicely, for what I need it to do. Bridge network just seems to work straight up. With this I can access my home NAS

I should have studied networking…

I’m glad your not giving up. Use what works best for your scenario. Qemu/Kvm with libvirtd works by interacting directly with the kernel and hardware. A true network bridge works at the link layer, that forwards packets between networks based on a Mac address. As per 802.11 specifications a bridge cannot be established over a wifi networks in adhoc or infrastructure mode.

A few things… Host is referred to the computer that your running virt-manager on. Guest is your VM

Your other choice is to setup a bridge on a ethernet interface. WIFI/wireless cannot be used with this method. This will alllow your VM to get an IP from your router/dhcp server. This would allow all your devices to communicate with each other. Each VM would get an ip from your router/dhcp sever as if they were there own device.

Hope this helps you. Feel free to ping me if you have any questions. I know it seems overwhelming at first, but im sure you can get the hang of it.

I have not had a chance to watch yet, but @dasgeek posted a video on Virt-manager Kvm beginners guide last week. You might want to check that out. 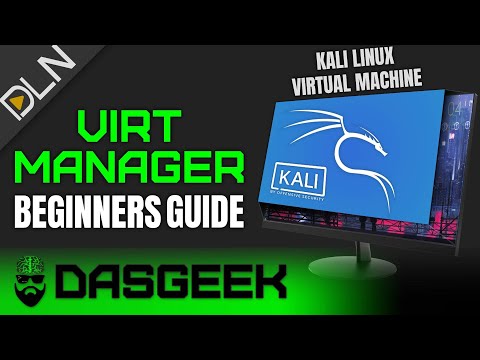 Thanks douhunt for taking the time to explain things, really appreciate it.
Networking has always been a little beyond me, but I kind of like putting myself there, to see what I do learn and if I can work stuff out.
This hasn’t been one of those times and I’ve gone back to my safe area of knowledge of what works for me

You’re right too, I mostly have a WIFI/wireless network in the home. At one stage I had my main rig ethernet connected to the router and this meant any VM’s also appeared on the routers dhcp list. I was wondering how this was… Good to know this wont work the same over WIFI.

but its where my knowledge starts and ends. I like it, and wish I had it 5-6 weeks ago haha but right now I needed to go a little further.

For whatever reason I just can’t get the same functionality (workflow?) with virt-manager that I can with VirtualBox

Some things worked using bridged network but not with NAT. <—found through tinkering with the network settings in VBox.

I was also a little daunted with the warning message that popped up when selecting bridge in virt manager’… macvtap does not work… ’ and this also help me decide to go back to VBox, as it just works for what I need it for… for now

Thanks again… I’ll continue to read,duckduckgo, test stuff out and fill my old brains…

I had too many issue too, so I decided to keep Virtualbox and I dumped my try-out from QEMU/KVM. I like its speed of the disk IO, but many functions are only working partly. I moved all my activities to Virtual Machines, so I need a reliable and predictable product. I boot my Linux VBox-VMs from a nvme-SSD in 10 seconds and that is perfect.
With Vbox I can easily access the internet, because all my VMs and all PCs are on the same TP Wifi Router and Vbox solves any bridging issues internally. Easy Peasy. It should be like that! QEMU/KVM is full of these type of very internal technical issues and some of the resulting options simply do not work.
I also tried a combination of Boxes and QEMU/KVM, but they don’t really want to work together.