Cannot install either Vivaldi or Brave on new Manjaro install

So I have a new Manjaro install here.

Cannot install Brave or Vivaldi Browsers.
They both depend on

Which is only available through AUR and fails to build.

I might have tried the Extra codecs package first which failed to build.
Now cannot install either browser.

So we now have to install Google Chrome instead.

Does the Manjaro version include widevine
or do I have to install widevine separately?

Just to be clear you are referring specifically to the snapshot version of Vivaldi?

The current stable version 5.1.2567.73 is in the regular Manjaro repositories. I know because I just installed via pacman -S vivaldi vivaldi-ffmpeg-codecs and am now using it to post this response. You can install it via the GUI as well.

Edit: Brave browser version 1.36.111 is available through the same means (I’m using it to post this edit) but unlike Vivaldi it seems to be lagging behind the official release . The version in the AUR is the current stable 1.37.109.

Edit 2: Running pamac build brave-bin successfully “compiled” the latest version of Brave browser from the AUR. Funny enough it didn’t respect my theme settings but did reopen my tabs properly.

Final Edit: Ok so I was going further to see if I ran into trouble with getting the Vivaldi snapshot from the AUR. The stupid thing wants to pull the entire chromium source code in order to build the Vivaldi snapshot FFmpeg codecs. I’m sure this is some kind of Google-type nonsense.

As much as I like troubleshooting for my DLN buddies, I’m not going to do this. I started doing this anyways and it took forever and I was like “oh it’s almost done” but then I checked again and it was only 1369 of 10622. I kid you not after I wrote that and while I’m typing this I got an error. 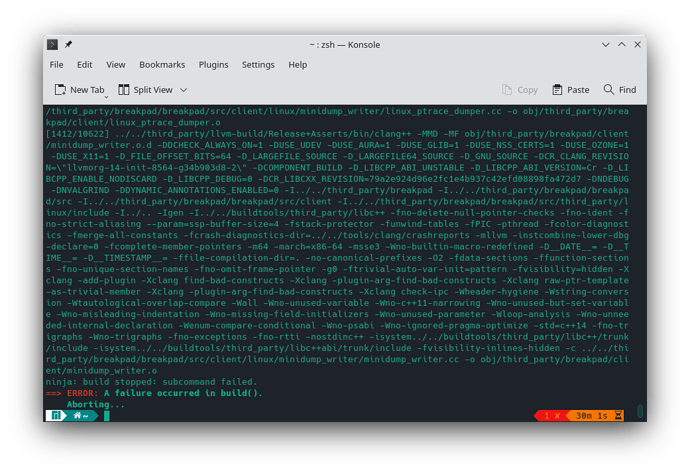 I searched for Vivaldi in Pamac and it was only showing the AUR version of Vivaldi.

Did not even try a regular Pacman. The Arch fans will be on my case for relying too much on the GUI.

Was a bit puzzled, as I thought there was a widevine version of Vivaldi too, not just ffmpeg.