Argon One M.2 RPi 4 Aluminum Case is pleasing and agreeable

A Key-B (or Key-B&M) SATA M.2 drive can be internally installed. I would expect 180MB/sec, sequential write speed. Has passive cooling by the aluminum case touching the CPU.

PS: I personally have an Argon NEO Pi 4 case, and love it. I’m a satisfied customer, and I’m not paid in any way to promote any of this.

That seems a bit pricey when you can get a much larger case for the RockPro64 for the same price. 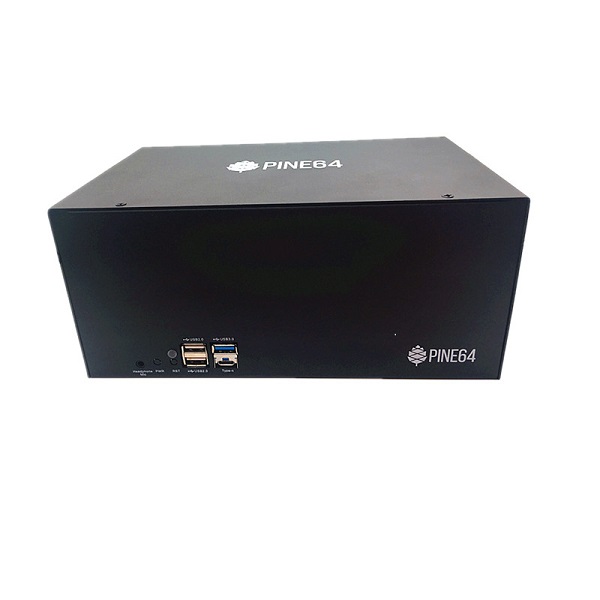 Can anyone vouch for how stable that ROCKPro64 PCI-E to Dual SATA-II Interface Card is, when attached to SATA drives and put under a heavy load? Is there a mainline kernel driver for that SATA card?

I understand that the RockPro64 SBC itself has mainline kernel support now (which is great), but I don’t want to assume the same for that PCI-E SATA card.

SATA-II is old stuff, and even SATA-III is going out the door. Why settling for old slow stuff when you can jump up to NMVe with 10 times the performance for the same price?

Even this $10 more case seems to be a better deal

DeskPi Pro is a Raspberry Pi 4 case with room for a 2.5 inch drive bay

Umm, I would be a bit wary of that DeskPi recommendation you made. You would probably do well to really watch the 2.5" SATA drive’s power consumption, that you choose to put in it. You would need to make sure the Power supply Pi can power it, especially including the power spike which occurs when the drive is first powered up.

I have a Pi 4 (with the official 3 Amp power supply), and when I’ve tried hooking up 4 different 2.5" SATA drives, only the two spinning rust ones would possibly work (one at a time, 800 mA each), but not the 2 SSD drives (again, testing only one at a time), each taking >= 1.0 Amp! This is with no other accessories attached.

Before any purchase there, I’d be wary of what the particular SATA controller chip is on that SATA accessory board, then research if that particular chip is rock stable in the mainline ARM64 linux kernel.

Before any purchase there, I’d be wary of what the particular SATA controller chip is on that SATA accessory board, then research if that particular chip is rock stable in the mainline ARM64 linux kernel.

Good point. Many, but not all drivers are closed source.

That is interesting. Have you tried a 4 amp power supply, maybe like this one?

I finally got one of these cases, and set it up. I’m quite happy with it so far! 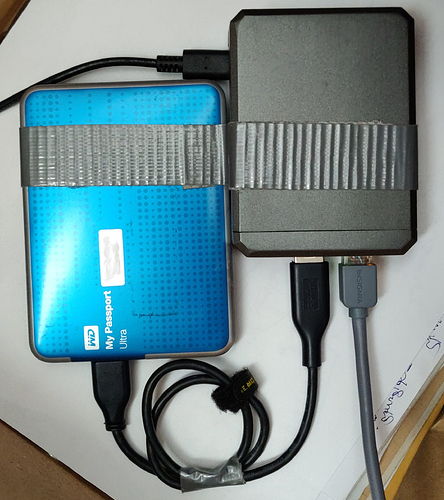 After (no need for ghetto-style duct tape): 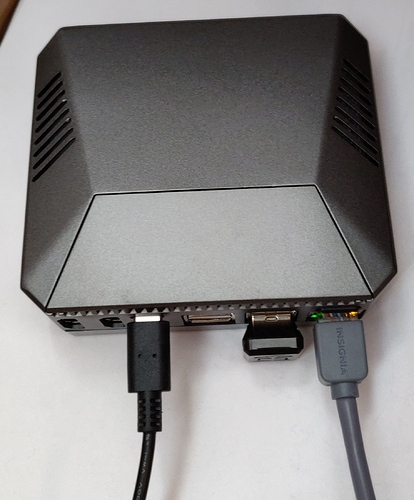 What is the dual usb black thing on the center right ?

That’s called the “USB 3 bridge”. It has 2 USB 3 male connectors. It connects a USB 3 port (of the RPi4) to a lower internal daughterboard, where the SATA M.2 drive is connected.