This week’s episode of Destination Linux, we're going to discuss the Twitter saga. What alternatives can you look at? Then we will be taking a look at... 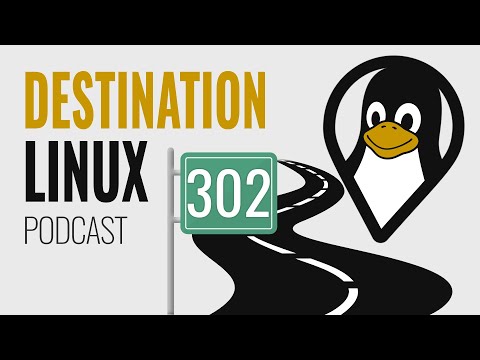 Mastodon devs, thankfully, have recently acknowledged the UX issues and seem positive about fixing them. I think the Twitter Exodus helped grease these wheels.

I love purple and I liked toots. Haha. I’m flexible though, lol.

I’m trying out a Mastodon (compatible) server myself this weekend.

I’ve tried it before less-than-successfully (I was able to successfully follow TuxDigital so enjoy the ghost follower.) but then it just stopped working right.

I have been following the mess that is Twitter for many years. It has been a dumpster fire for a LONG time. It is now finally getting clean up it needs, getting rid of the pornography, child exploitation and the actual organization of calls to violence against individuals and groups is far far better than what it was previously. Also, Elon exposing the corruption within the ranks of Twitter prior to his takeover has been fantastic. Good to have real transparency. As far as his somewhat questionable tactics for his intimidate actions, looking at the totality, I think it was necessary as there was a high risk of infrastructure destruction and destruction of communication and files if bad actors were allowed to remain in front of the Twitter admin control.

I largely disagree with the takes on the direction of Twitter. I don’t think Elon Musk is making all the right moves, but it is a net gain vs what was controlling it previously. Free exchange of information and allowing the exposing of ideas to be cleansed by the light is the best for everyone.

All that said, I still agree that you can’t put all your eggs in the Twitter basket. I have never believe building your brand or business on any platform alone is a good idea. I think Mastadon or something like it is the future. I would like to see Twitter just be another instance on the fediverse.

Truly, I have a lot more hope now with Twitter, more than ever. So, as far as I am concerned, things are looking up.

It’s not a cracked opinion. It’s pretty well established that Twitter has fell off the deep end. One thing that was not mentioned on DL about the migration of users to Mastodon was the abuse of the reporting system. Something that has been an ongoing issue on Twitter for a long time. As exemplified by Eugene Rochko’s post on a false report. In this example, some one wrongly flagged a post as being a “dog whistle”. Generally a dog whistle is something only dogs hear. In the case of linguistic dog whistles, racists are the dogs. Fortunately for Mastodon, the mods know how to accurately spot these things when deranged leftists see racism in everything.

Let us not forget that Wil Wheaton left twitter because he didn’t like Alex Jones being allowed to stay on, and promptly was banned from Mastodon by a mob of #metoo SJWs. [Twitter rival Mastodon isn’t safe from online mobs either - The Verge]

Twitter a dumpster fire for many reasons, AND we must also be honest that Mastodon has it’s own problems and is not immune to socio-political pressures either. The two will rise and fall based on their merits and the core user base.

I’m a bit more blackpilled on Elon’s leadership to put it mildly but I think the amount he’s cleaned up and revealed has been weirdly missing from the analysis in most things i’ve read.

Twitter allowed for some pretty heinous communities to flourish including but not limited to the normalization of “not so good” things with children. I saw a thank you shout out from a former victum who’s seen a popular hashtag they use almost dissapear.

It’s a right mess but if some net benefit emerges that would be welcome.

One of the things I think we can all agree on is keeping culture wars outside of TuxDigital. If I see anything that looks like a sociopolitical fight starter I have to remove it.

I think we all need to see how this all shakes out. I have never liked Twitter, still don’t, but I use it. I like Mastodon, but it’s not a great user experience. I’ll keep using them both. There are a lot of bad tech companies out there, I think the fediverse is the future I just don’t know exactly how it will work out.

The mix of centralized “town square” and the independence of the various communities is a delicate balance.

It’s like Michael said this episode, politics is great for making new enemies.

I understand not wanting what we would call in the old days, a “Flame War” to break out. That’s not at all my intent.

The problem is that these culture war issues effect all of us in some way. Many times negatively. Attempting to sanitize topics and shelter users from sometimes contentious subject matter only kicks the can down the road. It’s the elephant (not the mammoth) in the room that inevitably harms everyone and is what brought this topic of Twitter users flocking to Mastodon to our doorstep.

I really wish Mastodon well. If I’m correct on my observations of the kinds of people and their reasons about leaving twitter for Mastodon, the truth will reveal that the Fediverse is not gaining a dedicated user base with the future and growth of a healthy community in mind. Instead it’s getting an infrastructure stress test and a whole bunch of fly by night users who will cause the moderators and admins a temporary headache and ultimately lose interest. Some will stay, but I’m not optimistic that the majority of them are cream of the crop.

And If I’m wrong, then that’s a good thing. And, I’m ok with that. Twitter needs better competition than Gab, Parler, and Truth. It would be sad to see Mastodon turn into a complete echo chamber for the left, like the aforementioned social media platforms did with the right.

I think it depends on the culture. I’m engaged about sociopolitics from strangers in the UK quite often and to the UK’s credit it’s always been a lovely experience even if we’re completely opposed. I’ve heard about that changing in some places but that’s been my experience.

Pulling from my time in the US, i’ve grown into and out of various parts of what it means to be Californian, some people seemed to have found a good balance but with others (and especially now) sociopolitical discussion is taken extremely personally and can be like balancing on a knife edge where the slightest deviation of perspective with someone can turn them into an avatar of everything that’s hated.

My guess is that’s why the position’s been no politics on TuxDigital because of it’s potential in some cultures to completely derail community cooperation and kindness.

Attempting to sanitize topics and shelter users from sometimes contentious subject matter only kicks the can down the road.

That said (and to this comment), there’s a bit of unofficial flexibility i’ve been able to risk but it’s an opportunity to set a good example of something TuxDigital can be proud of.

It doesn’t always work out and i’m learning as I go but I think showing a model of how people of deeply opposing personal beliefs can discuss their differences and go on to be amazing to each other and cooperate over building things the whole world can enjoy is something worth the effort.

Mastodon, an open-source microblogging site founded in 2016 by German software developer Eugen Rochko, has seen a surge in users since Elon Musk bought Twitter for $44 billion in October amid concerns over the billionaire’s running of the social media platform.”