On this episode of This Week in Linux, developers of the Linux kernel met to discuss various different things at the annual Linux Plumbers Conference. We 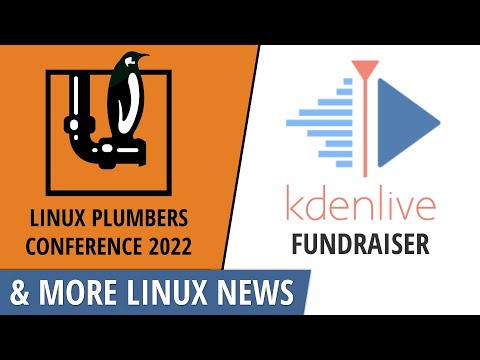 Thanks @MichaelTunnell ! Enjoyed this. Curious about the DL Special Edition too

Mmmhmm. Lots of good news about betas! Yes, I look forward to supporting some key open source software soon, including KDEnlive and buying some DL/Tuxdigital SWAG woohoo! I finally have a full-time job - hurrah

There’s a chance today I might finally be able to join-in live!

I always get confused by time zones though… I’m in London UTC+1 (due to summer time).

Is US Eastern time the zone that New York, New York is in, i.e. UTC-4 at the moment?
That would mean the show starts at 6pm London time… I’ll try to make it

Edit:
BTW, being a Londoner, I literally thought there are plumbers in the world united in their use of Linux. That would be cool too

and congrats on the new job! That’s Awesome!

Yes US Eastern time is the same as New York time. There are some changes planned for TWIL production process though. I can not say exactly what yet but I hope to have these changes ready for the next episode.

Destination Linux live will be at the same time on Sunday this week, 1 PM US Eastern time