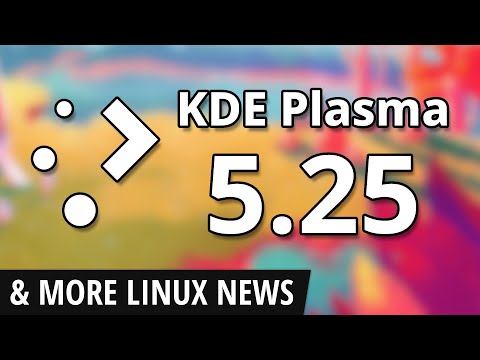 Regarding your comment about the upgrade timeframe, I would say that the pace of Debian Stable is actually a bit faster than openSUSE Leap, for example Debian released version 11 last year with the 5.10 kernel, whereas openSUSE Leap 15.3 had kernel version 5.3, and it was only updated in Leap 15.4 this month. Suffice to say, they’re both very slow to change. For some users that’s more of a feature than a limitation. I’m in both camps personally, it depends a lot on the use case of a machine or the needs of different users that I support.

A major advantage of openSUSE Leap and GeckoLinux Static is that openSUSE offers a number of semi-official add-on OBS repos that allow for specific applications and/or groups of applications (Graphics and Multimedia apps are two good examples) to roll with the latest stable releases, while at the same time maintaining a static base system. Another good way of accessing newer software on top of a static base is Flatpak. But a major disadvantage of openSUSE is that the only two graphical ways to access Flathub are Gnome Software and KDE Discover, and they both require PackageKit, which is absolutely terrible on openSUSE because it gets in the way of zypper and can even result in a broken system. So GeckoLinux does not include Gnome Software or KDE Discover, and therefore no easy way to manage Flatpaks. However, on Debian I was really impressed with how well those same two software “stores” work without interfering with APT. So a major advantage of SpiralLinux is the inclusion of easy Flatpak support, and it even includes some special configurations to make font theming and contrast correct in Flatpak apps.

My main concern with vanilla Debian Stable was that it wouldn’t be viable or even installable on newer hardware due to its old kernel and firmware. So SpiralLinux sets out to solve that by preferring the Debian Backports version of the kernel and firmware packages (including tons and tons of proprietary firmware), so it has a much better chance of booting and working correctly on much newer hardware. Or, if the user prefers the older Debian Stable kernel it’s also available in the GRUB menu.

So I am expecting the SpiralLinux project to be quite low maintenance, which is why I decided to launch 8 spins of it while still maintaining nineteen (19) GeckoLinux flavors as well.

Thanks to the user feedback and testing there are still a few very minor tweaks to make in SpiralLinux, so there willl probably be a few more minor releases within the next weeks. Then it will hopefully reach a point where I can basically just not touch it until the next Debian Stable release, and it won’t take away development time from GeckoLinux. So the slow development speed of Debian is what really made that an attractive base and also the most analogous to openSUSE Leap in the likely event that it goes away / morphs into something else. The same can’t be said for Fedora with its bi-annual releases, which is why I haven’t tackled it. But then again, it’s underpinnings are much more similar to openSUSE, and it can be built in a very similar way to GeckoLinux with the Kiwi tool. So never say never.

Thanks again for the coverage! Let me know if you have any other thoughts or questions or if you have a chance to give SpiralLinux a spin.

Thanks, @MichaelTunnell . Interesting that MS are making contributions. Although very welcome they do seem more like a token more to benefit their image as “supporters” of FOSS than it will the projects. In any case, I do hope it helps in every case. I’m sure it will, given that projects do seem to be largely underfunded or unfunded, generally, and we have to ask ourselves how sustainable this is or is not. Just my thoughts.