Programming is hard, or is it?

I wouldn’t go as far as saying that it’s harmful (keeping robots made for war, out of the conversation), but i find it hard.
First of all, English isn’t my native language. (It’s Flemish). Second, i can’t get my head around some concepts.
I once followed a course for a year (programming in C#), but i only got as far as coding a calculator. And that was it.
I tried to learn Python on my own, but that didn’t go to well either. (Using learn python the hard way, from Zed Shaw).
So for me, it’s hard. It’s hard to decrypt some error messages, well knowing that it’s there to help me, telling what it is what is wrong, but still.
Quote: " Becker concludes: "Blanket messages that ‘programming is hard’ seem outdated, unproductive, and likely unhelpful at best. At worst they could be truly harmful. We need to stop blaming programming for being hard and focus on making programming more accessible and enjoyable, for everyone.
I’m not blaming programming for being hard, i just find it hard to learn. I can’t seem to get my brain around some concepts.
I’d love to have it more accessible. Even though i didn’t understand most, i still liked doing it. 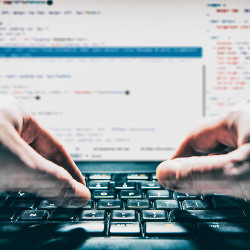 What Does Saying That 'Programming Is Hard' Really Say, and About Whom?

Anyone in the US will recognize the cultural group that underpins a lot of the professors conclusions and it’s one that places an extremely high priority on inclusivity and equal outcomes.

Context really is everything and what success is or what it should be isn’t described by the professor as what would make competant programmers, it’s described as what will produce the most programmers and presumably the most sign ups for his class.

Programming is like becoming an electrician, all you need is an LED and a battery to get going but making the broad sweeping claims that being an electrician is not hard is the kind of thing you’d say if you don’t care if anyone becomes a good one.

I think there’s a lot more truth in a nuanced approach. That becoming an entry level programmer is easy if people are guided to the tools and languages that make it is easy but that’s not the right approach for everyone. Some people will be held back but tools that abstract away details they’re otherwise ready to learn. A lot it is in just finding what type of programming you have the aptitude for and expanding from there.

I also believe that a culture best suited to progress is one that’s excited by something that’s hard to do. The following quote needs no citation, “We choose to go to the moon in this decade and do the other things, not because they are easy, but because they are hard.”