For some time I’ve been contemplating on this move, and seeing some of the posts on here and throughout the Linux community of similar moves, it is time to make the move myself.

As I type this, my hope is for this to be my last operation on a personally owned Windows PC. What was my Windows desktop replacement laptop will now be my Linux daily driver.

Here are the specs:

See you on the other side

Wow! That’s fantastic news! I hope your transition to Linux goes amazing, and I’m excited to see what you do with it and how it serves you!

That’s the plan. System76 has some good values about them, and their distro seems like it’ll give me the least headaches (hopefully)!

Fantastic! And quite a beast of a machine to enjoy Linux on!

Casting my vote for Pop OS as well. It’s what finally stopped my distro hopping

We’re here for ya @minyaen. Have fun!

Success! A couple of hiccups…

While in the process of creating a recovery for Windows (which took hours by the way, almost didn’t want to finish it), I came across a couple of articles in which users who had issues with the same manufacturer of the laptop I’m using - MSI.

Some users were having issues with getting past the initial boot, claiming that the process would hang at a black screen and never show anything. I remember having an issue or two of that nature years ago when I experimented with Linux for the first time.

I guess what I’m trying to say is that maybe some people’s experience varies based on certain variables such as user experience (savviness perhaps), hardware contained within the machine, and the ability to overcome adversity. I continued with the process.

Booting Pop OS from USB to the installation, it wasn’t detecting my SSDs (two 512GB). Did a couple of searches and seemed like a few people were having issues with SSDs which were in a Raid configuration would not be detectable in the installation process (not a distro related issue, hopefully). So, back to the BIOS.

I took the SSDs out of Raid… the computer wouldn’t boot. Hah. Back to the BIOS. I remember reading something about a configuration setting with the Raid configuration, AHCI. Perused the BIOS settings for a few and came across the setting… which should have just been set instead of me taking the SSDs out of the Raid configuration. Anyway, I restarted the machine and booted into Pop OS USB environment. The installation discovered the SSDs and the process continued as normal. A few minutes later, I have booted into the freshly installed Pop OS.

Pop OS’s polish and attention to the hardware makes for a superb first impression as my monitor was already running at 144Hz, the graphics card (RTX 2080) was selected as primary (with no black screens to speak of) while the integrated Intel 630 is on standby ready to go if selected to do so, etc, etc, etc.

So, I’ve accomplished what I set out to do and migrated completely to Linux. A very pleasant experience indeed with System76’s distro. I’m coming from Plasma environments typically, but this Gnome environment has been pretty solid (really wish the extensions were a bit more polished). 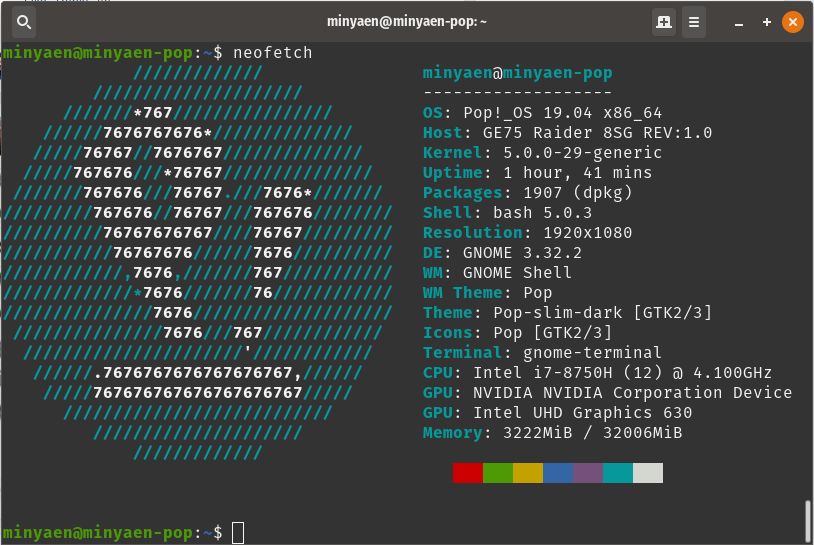 Congrats on the transition! It’s always heartening to see people switching over from…that other operating system.

There are plenty of resources out there (looks like here, too) that can help with any trouble you might encounter, but it looks like you know what you’re doing just fine.
Keep on trucking!

Nearly two months after posting this, I felt like I should give an update. Since switching over to Linux (completely) and the initial installation of Pop!_OS, I haven’t been happier with the decision!

A few weeks after the initial Pop!_OS installation, I tried to move over to Manjaro (mainly because I love their DE choices, and Arch base is very intriguing to me) and it went mostly well. However, I can’t deny the implementation of current hardware polish that System76 has made with Pop!_OS. So, inevitably, I switched back to Pop!_OS.

Really, it’s nothing against Manjaro, as I ran Manjaro on my other laptop for a while and loved it. But, Pop!_OS does hit the mark with my hardware. The other laptop I have is running Peppermint OS for a couple weeks now, and it’s running very well.

I have not once needed the other operating system for anything I’ve needed to accomplish. Which is something I may have had hesitation about prior to the move (I even made a complete backup of my Windows 10 installation, which took so sooo long, for whatever reason).

I recently received a RP4 and installed a NAS and Pi-hole which has been running 24/7 for weeks now - indirectly helping me learn to work with protocols involving SSH, VNC, etc. I couldn’t be happier with the decision, and how much belonging to this community has made a decision like this that much easier. 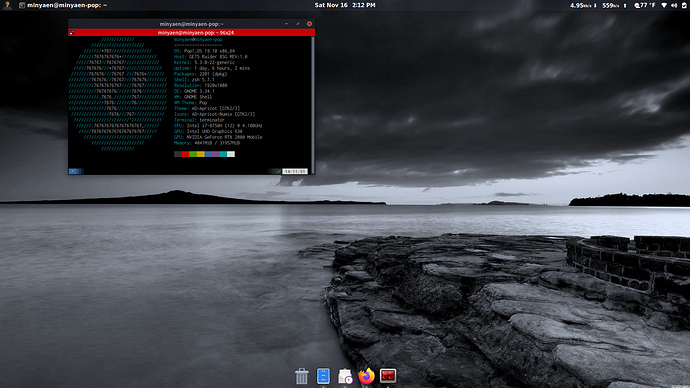