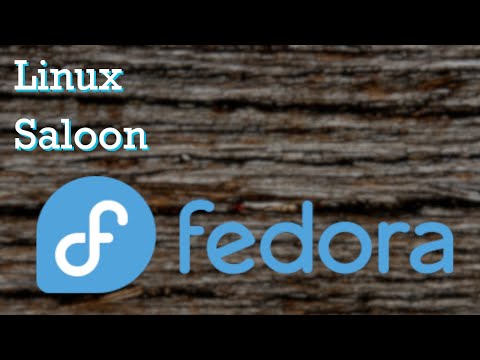 Welcome to Linux Saloon, a place to discuss tech, open source and where Linux is always on Tap.

Fedora Linux is a long-standing Linux distribution developed by the Fedora Project. The primary sponsor of Fedora is Red Hat (an IBM subsidiary) and has additional support and sponsors from other organizations, companies and individuals. Fedora contains software distributed under various free and open-source licenses and aims to be on the leading edge of open-source technologies. Fedora is the upstream source for Red Hat Enterprise Linux.

Choose Freedom. Choose Fedora. Pick a flavor of Fedora streamlined for your needs, and get to work right away.

Great discussion guys! Thanks to everyone for their insight.

Thanks to Jinda for confirming that dnfdragora doesn’t work. That was my last experience with it several releases ago too. That’s actually a major factor in my previous answer to @CubicleNate and @MichaelTunnell as to why I haven’t tackled a series of spins for Fedora. I hate the command line for package management, and a low-level graphical package manager a la Synaptic or YaST Software is extremely import for me.

Regarding @Thiscolin 's suggestion about Calamares becoming sort of a standardized installer for all distros, I agree that it would be an excellent choice for many of them. However, it should be noted that Calamares depends on the KPMcore partitioning library, which is part of the KDE framework, so it brings along a huge number of KDE5 library dependencies. On non-KDE spins of SpiralLinux and GeckoLinux I simply configure Calamares to uninstall itself along with all the KDE5 libs on the destination system, but it probably adds at least 100MB to the ISO size. It’s also very very difficult to make Calamares follow the GTK/Qt theme of the system because it has to run with root privileges. It is possible to make it work, and it’s not a critical requirement to make the theming correct, but it does take a lot of time and effort to get it right for maintainers like myself that insist on those little details.

I do like Calemares but I find that you don’t have the detailed control YaST provides. I also realize that the kind of control you get with YaST is not what most people want either.

If the entire open source ecosystem dumped GTK and went with Qt, that would solve a LOT of our problems, eh?

If the entire open source ecosystem dumped GTK and went with Qt, that would solve a LOT of our problems, eh?

Even mixing Qt apps with GTK apps usually works pretty smoothly and doesn’t take up too much library space. But in the case of Calamares it actually depends on the KDE Framework too, so that’s where all the extra cruft comes from if the ISO doesn’t already include Plasma. In other words, all KDE apps use Qt, but not all Qt apps use the KDE Framework. Calamares uses both.

That is some interesting stuff for sure. I wonder why such a dependency on the KDE Framework, not that I have a problem with that. I am just curious as to the reasons.

I wonder why such a dependency on the KDE Framework, not that I have a problem with that. I am just curious as to the reasons.

The main thing that it needs from the KDE Framework is KPMcore, it’s basically an abstraction layer to make working with disks and partitions easier and safer.

Ah, that makes sense. That brings me back to we should all in the open source community settle in on Qt and KDE as the framework of choice.