Isn't Open Source self-hosting doomed to have 3rd-class citizen reliabilty, since net neutrality is something we can't universally control?

I have this sense that as someone who’s cared for a long time about Open Source, I’ve been had by the likes of Google, Facebook, Amazon etc. Even though I use their services as little as possible (basically, just the Google Play store on my Android phone), they still get to ride on the shoulders of all the giants who came before them (who founded the internet and published all those great open standards in a spirit of cooperation), building their products using open source software. Then Google, Facebook, Amazon etc are rich enough to buy the actual networks the internet passes through, and set (or strongly influence) the QOS rules everywhere so their services get (and then appear to magically provide) the most favorable and reliable service.

In other words, they get the best of both worlds: they reap any and all the labour from Open Source enthusiasts and coders, plus they also have proprietary-esqe control over the actual physical networks (subverting or working around net neutrality), and endpoint hardware (such as Pixel phones, Chromebooks, voice-activated AI assistants like Alexa, drones, military-grade Terminator robots, etc).

They are powerful enough to tilt the playing field in their favor, despite the “fairness” of open standards that are in use, logically, on those said networks. A painful example of such “tilting” recently came in the form of not showing full URLs any longer in Google Chrome, which plays into the hands of Google AMP.

Duh, what’s a URL? Your grandkids will likely have no clue, despite VR goggles being pretty much welded to their faces. Good luck self-hosting then!

Isn’t self-hosting with Open source doomed to be a failure, owing to the QOS rules which only the rich effectively get to control? Sure, maybe your own family might have decent service within a small region, but as soon as your self-hosting crosses an ocean or something, then as a small fry, you are effectively powerless over the QOS rules behaving decently, when you need them to.

This speaks more to the economic environment, no? There’s little resistance in the current climate to the oligopoly/monopoly-esque consolidation of markets. Digital services appear (though this maybe a bias of proximity on my part) to be worse than the rest of the market in this regard because digital companies can leverage the thousands of hours of pre-existing effort put into open source to get started and save the rest of their VC war chest for market arbitrage. (Perhaps the easy flow of money from the VC world exacerbates the problem, where high levels of cash are traded in an implicit contract to “capture” the available market.)

People who follow the open-source model any deeper than as legal license contract, probably find much of what I wrote above repugnant (whether that’s from being somewhat anti-greed/capitalist, against anti-competitive practises, or a host of other reasons) and would elect to choose a service provider operating outside that milieu. By the nature of the current market, any provider that’s making any headway faces acquisition, having their “pot bullied”, or worse by these larger organizations.

All this goes alongside your point where businesses, with large contracts to award, are looking for teams of support, guarantees, etc., that small providers (in our case small/self-hosted providers) are unable to provide. In all of this I believe you’re correct, we will remain (at best) last place for consideration besides the time and effort our community puts into open-source. That’s appreciated, but not celebrated meaningfully.

I do wonder about the question though: does any of the above make it impossible for you to self-host, encrypt, write/consume open-source software? I don’t think it does in any obvious fashion. Perhaps if the country you live in slides away from protecting rights and freedoms it might. But what “most” of the world does for financial reasons has hardly ever affected what an individual does in open-source. We have all made a choice to operate outside the majority for philosophical reasons, so having limited control over the larger world might be considered a consequence of that choice.

Does that add at all to the conversation or did I miss your point and swing on a wild tangent?

does any of the above make it impossible for you to self-host, encrypt, write/consume open-source software?

You’re correct, I can still self-host to my heart’s content. I can be the king in my own little world. I have my own single, non-redundant, non-co-located, Nextcloud server, ISPconfig server (for email), etc., but are all my family and friends wanting to have accounts on my servers? No. Why not? Because despite my best efforts, the service feels smoother (with better uptime), with the likes of Apple, Google, Facebook, etc. And my point above is that my family and friends are likely never going to be attracted to these self-hosted offerings of mine, because the QoS rules out there are always going to be tilting towards Google, Apple, Facebook, WhatsApp, etc. (setting aside the issue of not having perfect uptime).

Here’s a well-made video I found, about Net Neutrality, and why we would all do well to care more about it (especially since so much Open Source software can suffer an undue loss in reputation, owing to a lack of it): 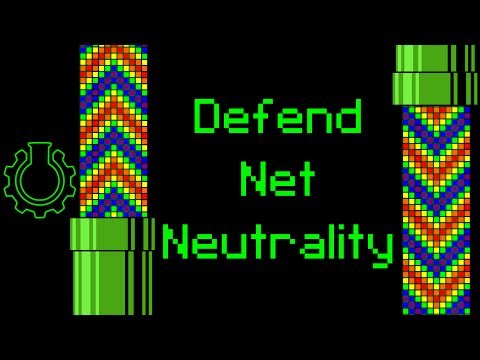