Getting a Pinebook Pro

I have planted a suggestion to my wife to order me the Pinebook Pro for our anniversary. That and the m.2 add-on board. Looking at installing Manjaro Arm + Sway as I have been itching to give that a try.

Her eyes lit up when I told her the price (especially since my previous gift suggestion was a Thinkpad X1 Carbon). I decided that ARM based laptops needed investigating. My daughter is a Mac user and I told her to hold off on replacing her 2015 MBP until the Apple Silicon versions were released later this year. No I cannot convince her to switch to Linux.

Is the PBP bootable from the m.2 card? I would prefer that over the eMMC drive.

Is the PBP bootable from the m.2 card?

Awesome that you want to try out ARM as a platform.

It is possible to boot from NVME, but it requires the bootloader (uboot) to be flashed to the SPI, if you don’t want to have an eMMC connected.
You could also just use the built in eMMC for the bootloader and have all the rest on the NVME. I know some people does that.

So, you need uboot on either SPI or eMMC to get the PBP to be able to boot from NVME.

can you point to some documentation on how to do this?

The eMMC route is pretty easy. Simply dd your eMMC setup to the NVME drive, and delete the partitions on the eMMC with parted, gparted, kde partition manager (whichever you prefer).

I am planning a clean install of Manjaro + Sway. Just install normally and point to the nVMe drive?

No, you would still need uboot on the eMMC.

Can’t I put in on the SPI and take the eMMC out of the equation?

You can. But I don’t know how to do that, as I have never used the SPI.

Good luck on trying to get one. They are reporting, due to so many people going to school, and working from home, there is a shortage of LCD screens, thus unable to manufacture anymore Pinebook Pros for a while. 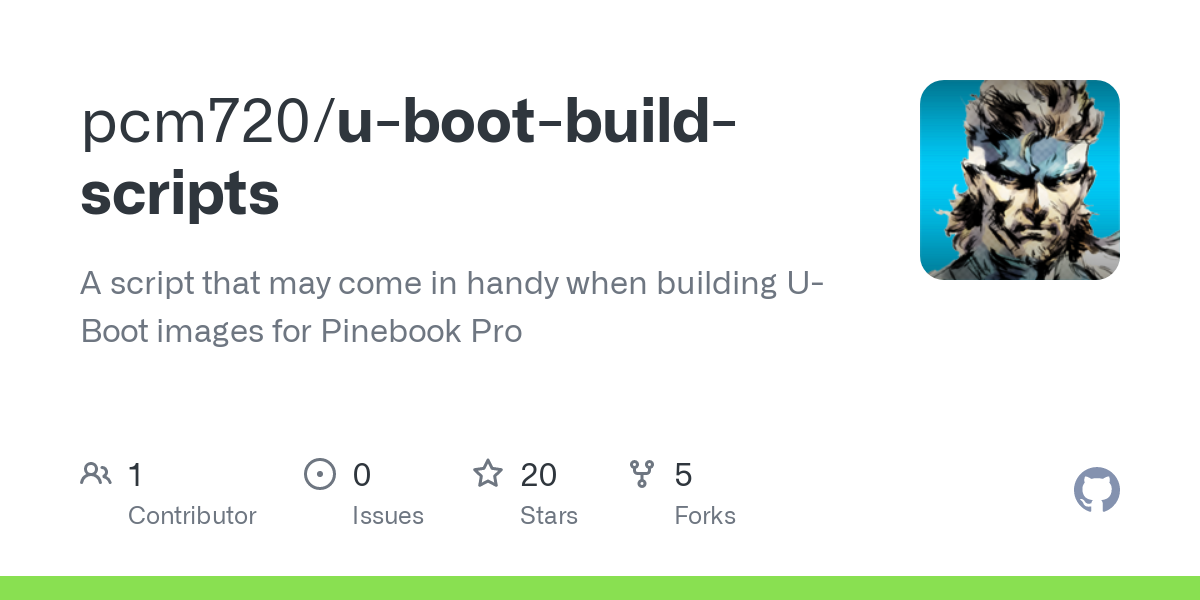 GitHub - pcm720/u-boot-build-scripts: A script that may come in handy when...

Not all nvme will boot, check compability:
https://wiki.pine64.org/index.php?title=Pinebook_Pro_Hardware_Accessory_Compatibility#NVMe_SSD_drives

I had mine running fine with pcm720 and nvme with Manjaro kernel 5.7.10, but this stopped working with kernel 5.8.1 and later.

Hi, I have used your v2020.07-1 flashed to SPI with Manjaro kernel 5.7.10 and e…verything have been working fine. I have upgraded to Manjaro kernel 5.8.1 and now I can not boot from nvme. I get to shell and can see nvme is not discovered with blkid. When I revert back to 5.7.10 it boot fine again. I tried to boot 5.8.1 from emmc and root on nvme, and that boot fine. Can this be same issue addressed in patch0007-address-NVMe-instability.patch?

@etrigan63 , did you get one? I’m looking at one as a daily driver, to upgrade from an old Chromebook with Kubuntu. Really it would be used for email + light browsing, like the Chromebook is. But I want a more open platform, and the charging port on the Chromebook is broken so it’s only a matter of time before it ceases to boot.

I decided to hold off until the platform matures a bit more.

I have a Rock Pi 4b which I believe has the same processor as the Pinebook Pro. Please correct me if that’s not right. I found the Rock PI to be a bit unresponsive using various Linux distros and this put me off getting a pinebook pro. However my Rock Pi now live under the TV as a Kodi device which runs like a dream. Like etrigan63 I look forward to what they come up with going forward.

I almost bought one or better said was about to order it when I saw the taxes and it is not worth it, for me at least. Firstly I had to wait till the beginning of April and then I decided against it. For the whole price I can buy used hardware that is more powerful and I just did. I needed a new laptop to carry around.

I still think the Pinebook is a great and cheap device for what it is and appreciate the full Linux support. Maybe in the future and I also think the platform has to mature a bit more to be a daily driver and not only to play with it.