Falling Into a Focal Fossa Frenzy

I recently published an article that details why I am returning to Ubuntu with the 20.04 release after two years of wondering the Linux wild.

You can find the link here.

Just want to say thanks to the entire Ubuntu desktop team at Canonical as well as the workers behind GNOME, I really think this release is going to be something special.

Thanks for being such an awesome community, hope you enjoy, and of course, have a great weekend!

I have exact the same experience. Started the use Ubuntu 8.04 in dual boot with a very slow Windows Vista, partly due to the lousy performance of Windows Vista 32-bits, partly due to the very slow 160GB HDD in my Dell Inspiron 1521. Changing the HDD to a Samsung 320GB HDD and installing the service packs made Vista quite acceptable, but it was too late. After retirement at 1-1-2011, I completely switched to Ubuntu.

The last LTS release of Ubuntu I used was 16.04 and I still use it in a VM, but exclusively for banking and paypall. 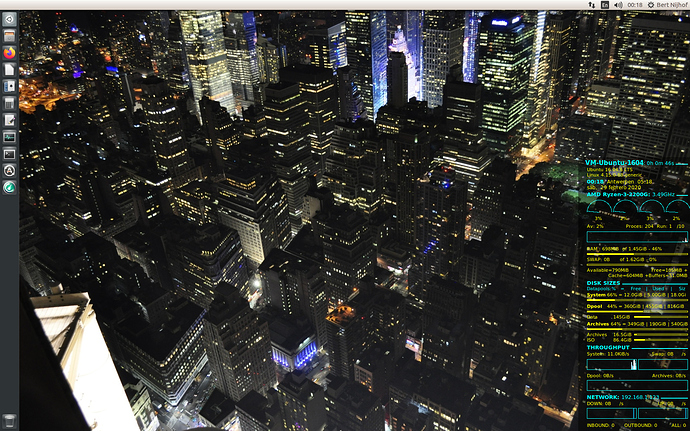 Currently I’m back at Ubuntu 19.10 (minimal install), but as Host OS for Virtualbox running on ZFS. I moved all my activities to VMs and for VMs I use: Xubuntu 18.04, Ubuntu 16.04, Ubuntu Mate 19.10, Windows XP and Windows 10. I also have 6 Ubuntu 20.04 family members in VMs and for vanilla Ubuntu I have three VMs, one for ext4, one for zfs and one to investigate the installer… The coming month I will have to rearrange the Linux VMs and maybe I replace Windows Media Player 11 in XP with Lollypop and some Ubuntu flavor. 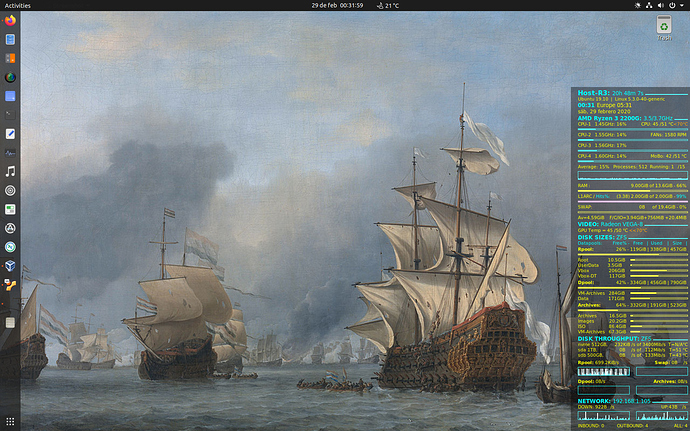 I’m proud of the Conky read out with my 3 ZFS datapools with their corresponding datasets. Also see the size and hit-rate of the L1ARC cache in rose.

I’m exited about the new facilities that might become available for ZFS on Ubuntu 20.04. Yesterday the 27th I did see the first auto snapshots and I tried some of the new zsysctl commands.