Do you Trust Microsoft? If not, why not (keeping it civil), and what would it take for MS to earn your trust?

I wrote a post on this discussion forum recently, where I voiced that I didn’t trust Microsoft. Do others here feel the same way? Can you elaborate?

Why or why not? What would it to take for MS to earn your trust, if you do not trust them?

Can you state your feelings clearly, and calmly?

I trust Microsoft as much as I do any other corporation. I definitely trust them more than say google, amazon, and Facebag.

The culture has changed a ton. They seem to be doing a lot of good things. I give them a thumbs up today. Maybe 10 years down the road it will change. But for now, I think they are pretty good foss citizens as far as a corporation can go.

Trust? I don’t know if I trust any corporation honestly, other than to be motivated to make as much money as possible using whatever means necessary. My prejudices aside, I feel like they have actually turned a corner when it comes to seeing the value of open source, not only in profit motive (Azure) but user and developer focus (WSL, VS Code, Terminal) as well. If you look at their market segments and the revenue for each, you can see where they are focusing. The irony of the Balmer-era Microsoft stance on Linux and open source compared to the reality of today is fantastic however.

In its 2019 financial year, Microsoft generated 41.16 billion U.S. dollars from its productivity and business processes segment and a further 39 billion through its intelligent cloud segment. Thanks in part to the rapid growth in these two areas, 2019 proved to be the company’s most successful year ever in terms of annual revenue, with the total figure eclipsing one hundred billion dollars for the second time in the company’s history.

I have a backlog of mistrust, and what they have done that I’ve heard of seems cosmetic and for publicity. They are still a for money making corporation so I won’t be surprise if a few years they do and about face. The leadership (and it’s attitude) have changed, but whether the rest of the company has changed, who knows.

I can’t say I really trust them, anymore than I can trust Facebook, Oracle or any corporation that wants to make money at the expense of the consumer.

As far as Microsoft earning my trust, they need to show more willingness to listen to their customers and treat them less as guinea pigs in regards to Windows 10. Also, if they’re going to open source anything, it should be under a free software license and not just a license they made that proves to be incompatible with other licenses.

I think that they can change, but by how much is the real question.

For me it’s not about trusting Microsoft, I’ve been away from that OS for so long for my personal computing needs, using Linux for far longer than I ever did Windows, that I just cannot see any reason to go back. I do have concerns about some of the monitoring that is switched on by default when you you do a Windows 10 install (I still install it for others, so am aware of some of these issues) and the majority of users would not necessarily know how to switch off some of these features (if indeed they are really switched off). But to be brutally honest as most of what we do when on our PC involves the internet in some way I am more concerned with some of the practices of ISP’s and Browser developers than the OS they are run on, this is as much of an issue on Linux as any other OS be it desktop or mobile device. I, along with many others probably don’t pay enough attention to these issues, maybe we should!!

If you don’t want to be civil (or just want to voice your thoughts in more than one place), you can reply to my Twitter question/discussion on this.

To be honest I don´ t trust an of the large “players” in the field.
As long as there are humans on this planet, there will always be people who are willing to take shortcuts, to be dishonest and keep other people in the dark about shortcomings or failures in there product. Just to be able to continue making money.

The way I see it is, the only thing you can do is to try to get as much information and knowledge about the company and the product you´ re interested in and then make a decision if the positive outwheys the possible risk and negative sides. And if possible, try to do as much as you can straighten out the wrongs in the product.

I have a backlog of mistrust, and what they have done that I’ve heard of seems cosmetic and for publicity

I am sorry to say this, but today I would give you a different answer than 5 years ago. Today, I trust Microsoft more than I do Google and Amazon. That could change tomorrow but lately, Microsoft, although, I know it is financially motivated, seems to be doing a lot for Linux and the open source. I will point to the exFAT file system. They are giving up a lot of money for what reason here? I am cautiously optimistic for Microsoft.

For over 20 years, the FOSS community has almost always been willing to play nice with Proprietary software whenever it can. But the likes of Microsoft virtually never play nice back, unless some specific economic lever forces them to do so.

Microsoft, your moves of goodwill seem to me to be so very calculated (from an economic point of view), that how can I see your gestures of goodwill as being nothing other than just more protecting of profits?

Notice how WSL is not about bringing Linux Desktop technologies to Windows. Its focus is on the server-related portions of the Linux ecosystem, where the economic threat to Microsoft actually lies: Linux is dominant, market-share-wise, on the server, and in the cloud.

Sure, MS makes token gestures. You open-sourced your calculator app? Gee, I’m so very impressed (rolling eyes). The FOSS world has like 30 such apps already.

Does Windows 10 support EXT4? No. BTRFS? No. ZFS? No. Gee, thanks for the ExFAT design docs, but we already had working packages for ExFAT (sudo apt install exfat-fuse). Support in Windows/WSL for the filesystems that I use daily (EXT4 + LUKS, BTRFS), on my USB sticks and external drives would actually impress me, Microsoft. And don’t trash my existing POSIX permissions and ownerships, please.

There have been some outstanding cruel examples of Microsoft not “playing nice” with the Linux ecosystem, which have heaped countless thousands of hours of geek-power labour from FOSS developers to try to deal with. Here are some of the bigger ones I can remember:

Dear Microsoft, how long will it be until I hear news that you have again smashed down WUBI’s compatibility, by changing UEFI in some very-hard-to-adjust-to, new way? 3 months? 6? 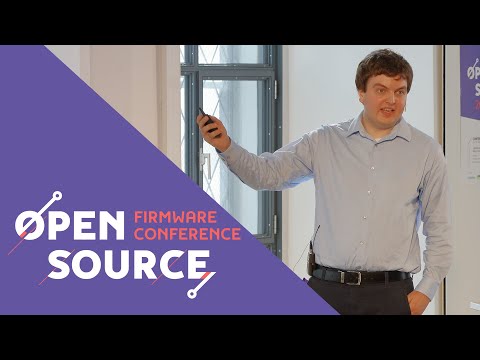 Microsoft, I’d like to request that you do not install Cortana at all by default with a new install of Windows. Cortana should then be installable from your store, if users really want it. No Linux Distro I’m aware of comes with something like Cortana by default, let alone making it un-removable.

So Microsoft, you have been exceptionally excellent at keeping the Linux community low for the last couple of decades. Keynote speaker Thomas Cameron at Texas LinuxFest 2019 said “to me, very honestly, I still sort of feel like Linux is this new, upstart cool technology, you know, but the reality is that it’s been around for a very, very long time”. Think about that. Jupiter Extras: Thomas Cameron Texas LinuxFest Keynote, Fast Forward in 1:27.

The Linux Desktop has been pegged at a Desktop market share of 2% or so, which it just cannot rise above, despite it providing a user experience that respects the end user’s time, feelings, and privacy much better than Microsoft’s Windows.

Dear @christopher_scott, have you read Bruce Schneier’s “Data and Goliath”? If not, I feel that would be a great place to start, to understand Linux geeks, and their lack of trust in such giant, powerful corporations, such as Microsoft. Why don’t you search for the word “Microsoft” within that ebook?

Is Noah Chelliah on this forum? I’ve heard him speak his feelings on exactly this topic, on one of his Ask Noah Show podcasts, but I can’t remember which episode it was.

Noah, will you please testify?

Just look at all of the ways Windows 10 is farming data. IMHO, M$ is just as bad as Google and FB when it comes to privacy issues.

Ponder this for a minute. M$ is a bit behind in the cloud arena, so what do they do to catch up? They buy GitHub, which contains lot’s of cloud automation / orchestration source code. 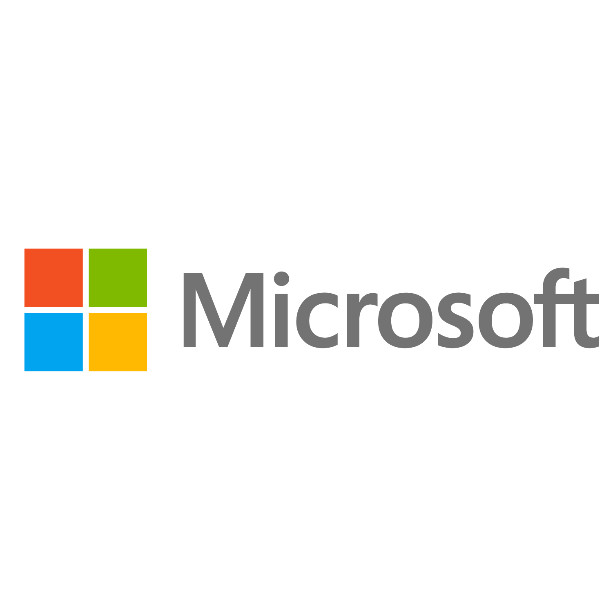 Microsoft has begun their next open-source expedition by open-sourcing an important piece of MSVC / Visual Studio..

When I used the word 'testify", I didn’t mean “testify in a court of law”. I meant “would you be willing to give your opinions here”. If you don’t want to, I respect that.

Of course it’s in their interest to make their own version of a ‘standard’ available to as many people as possible to increase adoption. That’s not a new tactic for Microsoft, and other companies have proved that open-source doesn’t mean you can’t empty people’s wallets, you just have to be more sneaky about it, it’s a long game. Gradually fence them in with the IDE or some other must-have component that you have to license.

Appreciate the great insight here. I don’t speak on behalf of the whole company, just myself. I’ve been using Linux on and off for 20 years. I know many of the struggles, just not as technically well as someone like yourself.

I’m just one small fish in a giant ocean, trying my best to help get some connection between the company I work for and trust and the community that I am a part of.

So to clarify where I’m coming from I see MS as an entity that exists to make a profit, all other concerns are secondary because that’s the point of a business.

Open-source on the other hand, exists to be (in my mind at least) the antithesis of that. So for MS to come along and say “yes us too!” it’s a bit hard to take that seriously. It’ll take time to convince people that it’s not just another angle for a company that is trying to stay relevant.

If you had a dog that you kicked every day for years, you wouldn’t expect there to be overnight trust if you decided one day to stop, it would take consistent behavior over time. In this analogy we are the dog and MS have been kicking us since the 90s

It’s not a trust that can be bought (GitHub) but earned (contribution to the community).

I take it on a software by software basis. Windows is an inferior system. Doesn’t mean good things can’t come out of Redmond.