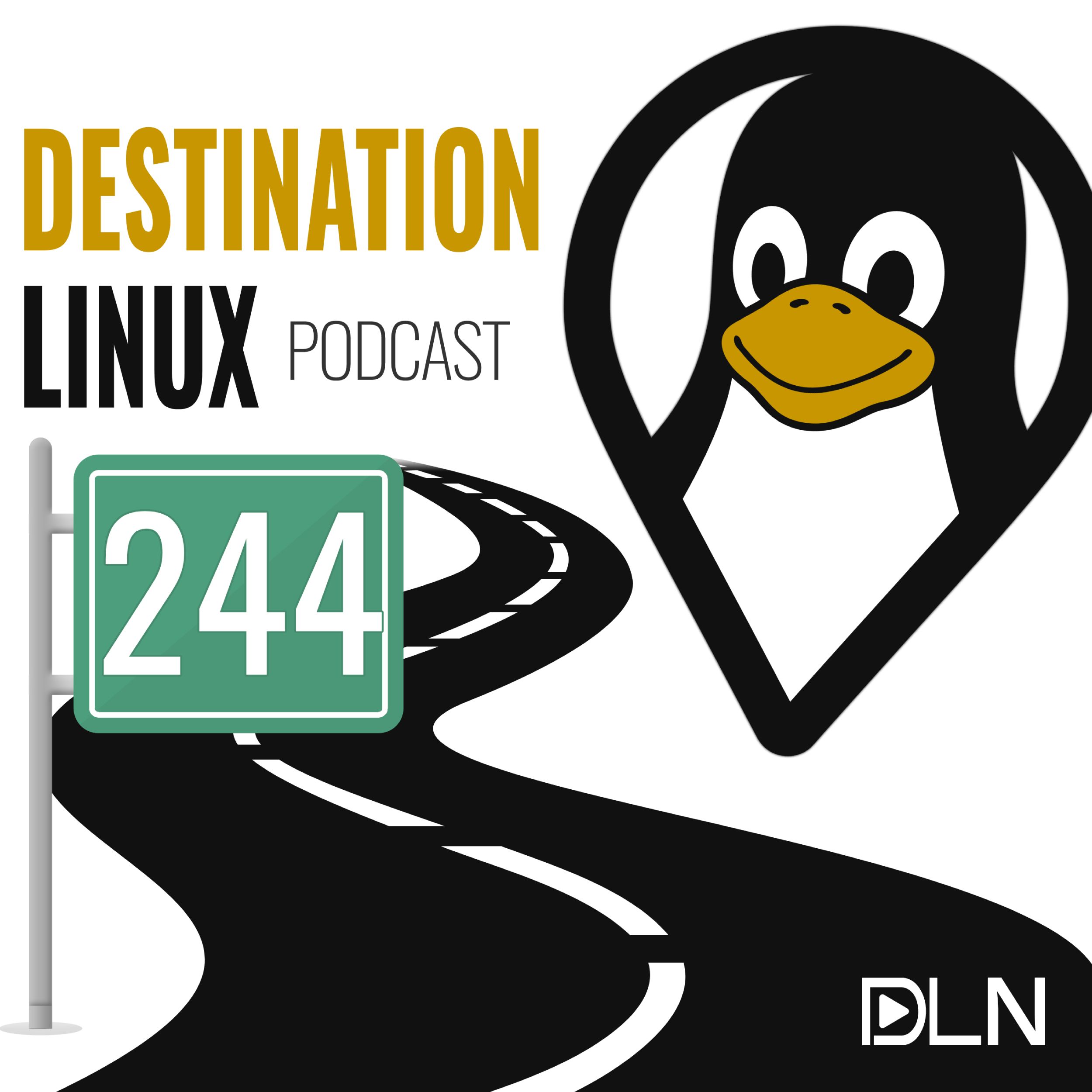 https://youtu.be/h9EwmKTmmyM This week’s episode of Destination Linux, we’re going to discuss a community question on replacing all your most used online services from email to social media with more privacy focused solutions. Then we’re going to... 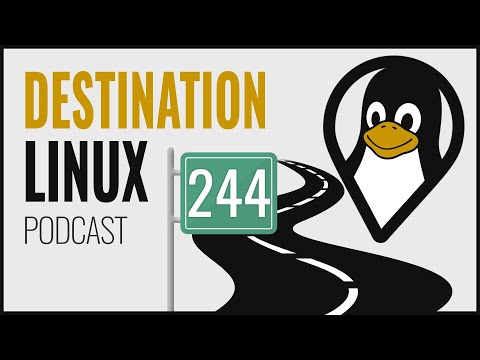 On the subject of Odysee/LBRY as a YouTube alternative - I have to respectfully disagree. There are very few apps that work well with Odysee and the content on it (at least in my experience) tends to lean toward extreme fringe political and tinfoil hat conspiracy theorists. In my short time exploring the platform it looked like there were basically three things on there - Linux videos, antivax videos, and alt right content. Not the kind of place I want to associate with, personally.

I use it mainly to watch the shows I follow that are cross posted from YouTube without the adverts.

As far as I know you can find all this stuff also on Youtube but nobody will come to the conclusion that you should not be associated with Google, that tracks you across devices and even other platforms owned by it.

I personally do not search for alt right content nor do I see it on Odyssee because it is not my thing. I am not saying that is does not exist. But then I guess my feed is just too full of Linux content.

Not to the extent that you do on Odysee, you can’t. For better or worse YouTube is a lot less permissive of alt right content and hate speech. Odysee is much more free speech respecting, in theory at least, but that does leave it open for toxic content.

Bryan Lunduke pointed out some of this in his statement explaining why he left the platform last month.

Back to my point on a lack of good apps - I tend to consume videos on my Roku through apps, and the only ones that work for Odysee have no way to log in as far as I remember - so you get a list of what all is trending regardless of your preferences. I didn’t have to search for alt right content to see it in the trending lists. It’s there on the front page.

I respect his decision but also find it a bit childish because of some dumb video, and it really was a dumb video but I only found that video because he ranted about it and it had nothing to with the alt right as far as I know.
Btw Lunduke is pretty much conservative in his political views.

Btw Lunduke is pretty much conservative in his political views.

Yeah, I don’t see eye to eye with him on most things other than his use of Linux. I just thought that was a good example of the junk I came across on Odysee/LBRY regularly. BTW - hope I didn’t come across combative with this. I just wanted to share my experience which seems different than some others on the forum.

Actually you did sound combative. I saw no reason to even bring it up unless it was your intention all along.

I don’t buy it. Simply stated IMO - YOU don’t agree with some of the content on Odysee. Are you an advocate of suppressing any speech that you don’t agree with?
I just opened Odysee to see what might have offended you and prompted you to “inform” every one on this forum. There was nothing on the trending front page that even remotely resembled anti-vax or “conspiracy theories”. It is not “prevalent” on this platform. Not even close.
However - there are many topics that I find uninteresting
If you go to the news and politics section, I agree with you, there are videos that some people might find offensive but it’s YOUR choice to watch them or dismiss them entirely.
I come to this forum to educate myself about Linux and no more.
I hope you can do the same. Nuff said

Is there going to be an official “DLN MegaList” housed anywhere?

And for those looking, the “awesome self-hosted” repository on GitHub has some great tools for providing your own services.

I don’t browse Odysee in the same way so I don’t come across too many of those videos. I just use it to watch content I already know I like from YT.

I wish odysee would have a link to support the us gov / rest of world in trying to dispose of crypto. It needs to go while we still have a world.

I come to this forum to educate myself about Linux and no more.

The DLN forums are not just for exclusive Linux education and discussion. We can introduce other concepts and discuss those as well. Sometimes a person posts a Dilbert.

Actually you did sound combative. I saw no reason to even bring it up unless it was your intention all along.

Not to the extent that you do on Odysee, you can’t. For better or worse YouTube is a lot less permissive of alt right content and hate speech. Odysee is much more free speech respecting, in theory at least, but that does leave it open for toxic content.

Whether YouTube wants it there or not it’s probably the greatest repository of hate videos on the planet. Where YouTube may differ is for better or worse their recommendation algorithm is good at only showing you things that match your interests and World view to keep you watching. Depending on the user it’s a platform filled with puppies or it’s wall to wall hate.

It’s tricky considering where the algos should end and organic discovery should begin but YouTube keeps you in a corridor of your own making which Odysee would be similar to if they used YouTube’s algos.

He was just saying it seems that LBRY seems to have more toxic content per capita than YouTube.

That per capita angle is an interesting one…

I guess the “quick” fix would be getting as many people on the platform as possible.

DISCLAIMER: I personally currently hold about $5 of LBC (LBRY credits). Not much, but I don’t want to hide that fact.

I think this would ultimately be the hotfix needed but how do you convince people to dip their toes into the LBRY water if the water has a reputation for being raw and untreated? I’d love it if I could watch Jomboy breakdowns or Dunkey videos on Odysee. I think mainstream interest in LBRY/Odysee would go far to “clean up” the platform. I’m just wondering How do you get videogamedunkey on to LRBY?

I think this would ultimately be the hotfix needed but how do you convince people to dip their toes into the LBRY water if the water has a reputation for being raw and untreated?

I’m going to have to add that one to my head-canon. Brilliant.

If this thread has told me anything, it’s that my experience isn’t as representative as I thought of LBRY as a whole. Maybe Odysee’s algorithm saw I was from Texas and assumed I wanted conservative content… haha. At any rate - glad others have had better experiences. I hope the good stuff eventually overpowers the bad.

However, when watching videos on LBRY, the video recommendations to the right seem to be mostly based on matching words in the title. So, when I watch an episode of This Week in Linux, I naturally get recommended many more TWiL episodes. But it doesn’t always work well, for example, on a recent DLN extend episode called “To Roll or not to Roll” I got recommendations for Maki Roll and Spring Roll recipes (LOL). Of course, I don’t expect LBRY’s algorithm to be as smart and sophisticated as on YT, so this is kind of to be expected, and in this case rather harmless.

The problem is, increasingly often the suggestions don’t match the video title, creator or tags AT ALL, and the those suggestions are nearly always for extremely right wing US political “news”, conspiracy theories, extremist stuff, sexual content, and recently when I was watching a german video, videos by members of the “Querdenker” movement. None of which I ever want to see in my recommendations at all.

I don’t think LBRY really has a problem with too much extremist content (though undoubtedly many such creators choose LBRY because of their freedom of speech), it has a problem with recommending that content to the wrong people. I just find it weird that the only suggestions I get that are not based on the video title are for such extremist content. It’s as if LBRY is intentionally promoting such content, which I hope is not the case.
But this problem could probably easily be solved if, besides the option to block channels, there was an option to block tags from your recommendations (e. g. I’d just block “politics” and I’d almost never see political videos again). Oh, and it would be helpful if the suggestions were limited to the languages I understand.

Good episode. I enjoyed it.

Just one comment about self hosting mail, if you spend the time early on getting the setup right and all DNS records and your DMARCs and SPFs right, then they do not really require much maintenance at all and I only seem to get on a blacklist about once a year (mxtoolbox emails me when I am).

My mailcow has been running continuously for about six years. I tried Mail-in-a-box for two years before that but it seemed to be more unstable regarding upgrades.

Another thing with regard to SPAM, after this many years I get very little SPAM at all. RSPAMD is now well trained and works really well.

Just thought I’d add a view from the other side