DLN Xtend 26: It's All About Choice 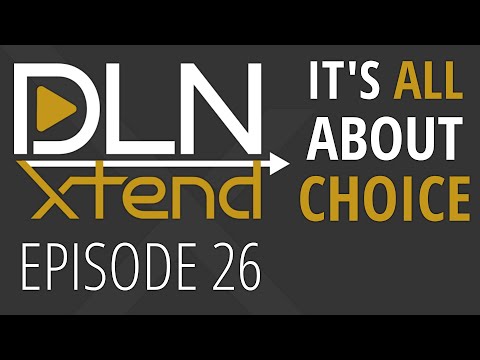 @TheWendyPower
@user80237309 In late 2014 I bought a new camera and my graphic artist daughter insisted I use RAW. At the time I was embedded in the Mac world and using a basic i5 MacBook Air as my personal “personal computer.” So after buying an expensive camera, I found myself buying an expensive 15" MacBook Pro with a Quad Core i7, discrete graphics, and 4x the RAM in my little Air.

Seat of the pants, it was no faster.

I did a bunch of research and found that much photo software (Adobe’s) wasn’t taking advantage of my cores, threads, and GPU, I’d splurged a large amount of money on a much “better” Mac that wasn’t much better at the task I bought it to do.

The same applies at least somewhat to Linux photo software in 2020.

Here’s a link that touches on the complex relationship of hardware and, in this case, Darktable settings.

Thanks. What a pleasant surprise two wonderful female Linux fans in our group, both named Wendy.

The software does need to utilize the hardware for it to be of any use. Darktabkle with the AMD GPU Open-CL divers is much faster at processing then RawTherapee which doesn’t have that feature. GIMP is starting to bring in the ability to use Open-CL for more processing power. I hope to continue to see the software taking advantage of the hardware that we give it.

@mattdln it sounds much better this time around! I think I can hear you settling into a workflow, or atleast finding something that does work well!