In this week’s community focus, there was a great discussion on KDE Plasma 5.18 and we get the warm fuzzies from a comment in Telegram.

On This Week in Linux, Michael Tunnell covered the Manjaro 19.0 release which I made a video about and also Facebook becoming a sponsor of the OBS Studio project.

That’s all for this week. Be sure to stop by DLN’s Discourse, Telegram, Mumble and Discord servers to continue the discussion. More information about this show and other Destination Linux Network shows and creators (like Eric and Nate for example) is available at destinationlinux.network.

Until next time, see yas! 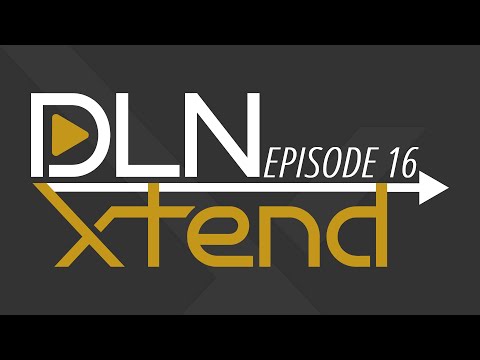 It may just be me, but I’ve noticed some very loud and pronounced sibilant sounds on DLN Extend. Kind of jarring first thing in the morning to hear that whistling “S” sound. Just some constructive criticism. Love the content - just have to turn it way down to avoid getting a headache.

My SUSE fails - @CubicleNate
Way back I bought the SUSE boxed set. Pretty box. Manual. Big buncha’
floppies. The goal was to try Linux out, and of course I chose a Windows desktop that had been “retired” from use and replaced by a newer and much faster model. Even had a Linux-knowledgeable friend come by to help with the install. Ended up with a dead box that had at least booted but no longer would. No idea why …

Years later I decided to try OpenSUSE on an Intel NUC. It seemed to install, but simply would not connect to the SUSE updates site.

Stepped back, and tried GeckoLinux, that’s supposed to be an “easier” OpenSUSE. It, too, struck out at the same place. Haven’t been back.

This may seem a complaint, but it’s really a conundrum.

Donations
I donate frequently. But I’m not interested in subscribing. Yeah, I get the subscription model from the donee / creator POV, and I know there’s base that rejects PayPay, but I’ve set up a (small) bank account tied to my PayPal account and if I can’t donate to PayPay just don’t as for security purposes I don’t want debit or credit cards linked to other sites. Just sayin’

TRACKERS
i raised this with @MichaelTunnell in the main DL thread, but there’s a bunch of trackers on the umbrella site. uBlock Origin reports the stand-alone Destination Linux page is much less intrusive. Something to discuss with him?

Manjaro 19+
Installed on my test machine direct to hardware so I would be able to try out the Kexi KDE database in a native KDE install.

The Plasma DE seems fine, though I haven’t really used it enough to get into modifications. I’m running it on a Quad Core Pentium Silver (Gemini Lake) NUC from SATA SSD. Runs plenty fast, but if I keep it around, I’d be wanting to shut down those animations, and probably spend more time tuning the DE.

It’s a speech issue I have. Don’t worry. I hear it and am trying to fix it. Doing so post recording isn’t very easy but it would be worse without what I’m doing. Ultimately, I am trying to retrain how my tongue hits the roof of my mouth and teeth but it takes time. Thanks for the honest feedback. I appreciate it!

Ouch. Put my foot in my mouth a bit there. I honestly just thought maybe you were too close to the mic or something.

Nah, I’d rather have someone tell me than just stop listening because of something like that. Like I said, I appreciate honesty. Making content can be a little like working in a echo chamber. I can’t get better if I don’t get feedback so I am glad you said something.