We are having another DLN Game Night where a bunch of the DLN Creators get together to play some games and do some streaming! You can join in on the fun in many of the games as well!

This Game Night is going to be a special edition as well because we are going to be fundraising for the DLN Gives Back charity drive for FreeGeek. You can join us in gaming and helping an awesome charity! 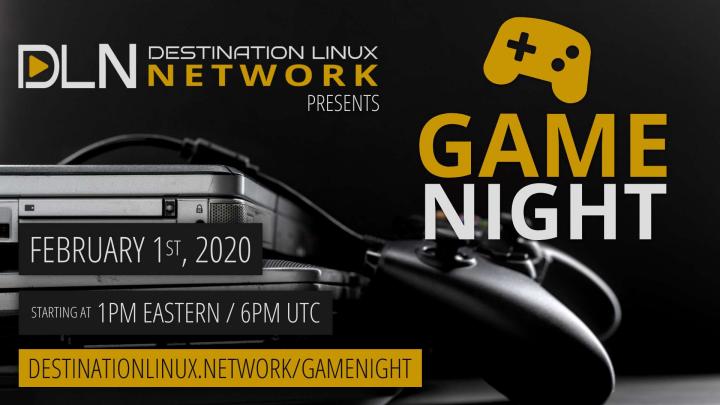 End of Game Night = well, there isn’t a scheduled ending but it will last for around 6-8 hours so at least until 7PM US Eastern, possibly longer.

The games are still being decided at the moment so feel free to make suggestions. Multiplayer is preferred and the more people in a single game the better.

EU and/or US = this refers to the region the games will be played in.

Rocket League is definitely off the menu.

depends on the game. Some games it matters and others it doesn’t. Its hard to really say and it also matters how far away they are. Like for example, EU players are somewhat close enough to US-East players so its possible.

5 posts were split to a new topic: How Many Minecraft Players Are On This Forum?

How long do you all usually game for? I see when it starts, but when might it end?

We typically have a start time with the European timezone because Jason starts the Game Night when it is his night and then we do a hand off thing where Ryan and I take over from Jason but also we all play a little in a transition thing as well.

Now that’s commitment! Thanks for the info!

I just downloaded Tux Cart on my system to play with you guys. Will we have an area to talk in?
Also, DiRT 4 might be an option to those who added it to their library.

Any Fighting games for the Game Night? I have Injustice 1 in my library and it runs decently on Proton.

This may have some promise, but not sure about built-in graphics for AMD Laptop users.

I would say JackBox since it allows for Audience Participation, but not sure if everyone in the main game needs a copy to play.

I just downloaded Tux Cart on my system to play with you guys. Will we have an area to talk in?

Yes, Discord seems to be what will be used but will be confirmed prior to starting.

Also, DiRT 4 might be an option to those who added it to their library.

Can’t really do a game that the streamers don’t have.

Any Fighting games for the Game Night? I have Injustice 1 in my library and it runs decently on Proton.

Not that I know of but open to that if we have a game that is Platinum on Proton. We might have to do that for the next DLN Game Night.

I am not aware of any.

I would say JackBox since it allows for Audience Participation, but not sure if everyone in the main game needs a copy to play.

we thought about this but not sure what all is needed for this game and since I don’t have it we cant test prior. Maybe though

Can we anticipate any Warframe?

It is possible that we might play Warframe but last time I tried to play that game it wouldnt work so I dont know.

DiRT 4 might be an option to those who added it to their library.

Can we anticipate any Warframe?

I JUST installed it this week and haven’t played at all, but I’m down to try!

One of my favourite on-line multiplayer games is OpenSpades. It’s a simple two-team, catch the flag, voxel affair. You have a spade, weapon and can place plain untextured, but coloured blocks. Build structures to defend your base, knock down the opposing team’s structures, build secret tunnels or vast bridges to reach the opposition, and kill them. It’s free, super easy to get into, runs on all platforms (and there’s an easy to use snap) and is decently fast on older machines. Be nice to play that sometime, as the servers can have up to 32 players, so you could get a lot of people playing along with. We could even spin up a server with a few custom maps on, on a future game night.

I like this idea a lot! I forgot about OpenSpades. This will be added as a possible game and will be upgraded to Confirmed for the next event for sure.

OpenSpades sounds amazing! I hope this gets picked up for the current game night. (PS. Nice plug for the snap Popey)

Here is a free multi-player game available on Steam. Even has in game voice chat.

Super Tux Party is in the works, but it doesn’t have online multiplayer yet. It would be possible to do a 4-player Steam Play over Remote session, though

Can we do some CSGO, also it looks like I’m going to pick up GWYF.