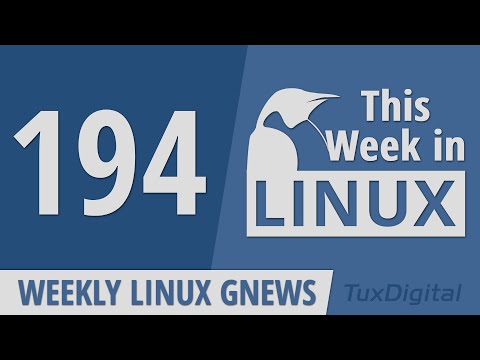 Thanks @MichaelTunnell for another great episode!

I am wondering if the SUSE approach is a little like Fedora SilverBlue and its variants?

I also hopped onto the StarLabs site and am impressed with some of their products.

it does sound similar to Silverblue stuff but they are doing it very different than Fedora as they are doing it via BTRFS. I dont have an issue with the overall concept as a separate spin but if they adopt it into SLE then openSUSE Leap will also become that as well.

I dont have an issue with the overall concept as a separate spin but if they adopt it into SLE then openSUSE Leap will also become that as well.

That is my same concern. It seems openSUSE Leap is always changing, too much for my taste of an enterprise grade stable distribution. It seems the project never settles.

Yep, I have to agree here. This is an extremely radical change for any distro, and especially for an enterprise target one. There was quite a bit of pushback from wary users in /r/openSUSE, and to be fair it’s still a few years away and there’s not a very clear roadmap yet. But in general terms it sure is looking like SUSE will be abandoning the traditional Unix/Linux model. Regarding the openSUSE community users that prefer Leap, one of the SUSE employees said quite bluntly that basically such users are not a priority because they’re the minority and they don’t generate profit.

So everything is pointing to the eventual end of openSUSE Leap as we know it. As a matter of fact I have already created another distro set of spins built from Debian to complement the GeckoLinux Static branch and make for a softer landing for users if they are forced to jump off of the Leap train in the future, if you’ll excuse all the puns.

It’s called SpiralLinux by the way, and I’m pretty happy with how it turned out as a viable alternative to GeckoLinux Static and/or vanilla Leap.